Café Society is the new film by Woody Allen. The story is set in the golden age of Hollywood and stars Steve Carell, Jesse Eisenberg, Kristen Stewart, and Blake Lively. Eisenberg plays Bobby, a young man enamored by Stewart’s character Vonnie as he tries to decide whether to live in New York or Los Angeles.

The film will premiere at the Cannes Film Festival on May 11, 2016 and will be released theatrically on August 12, 2016. 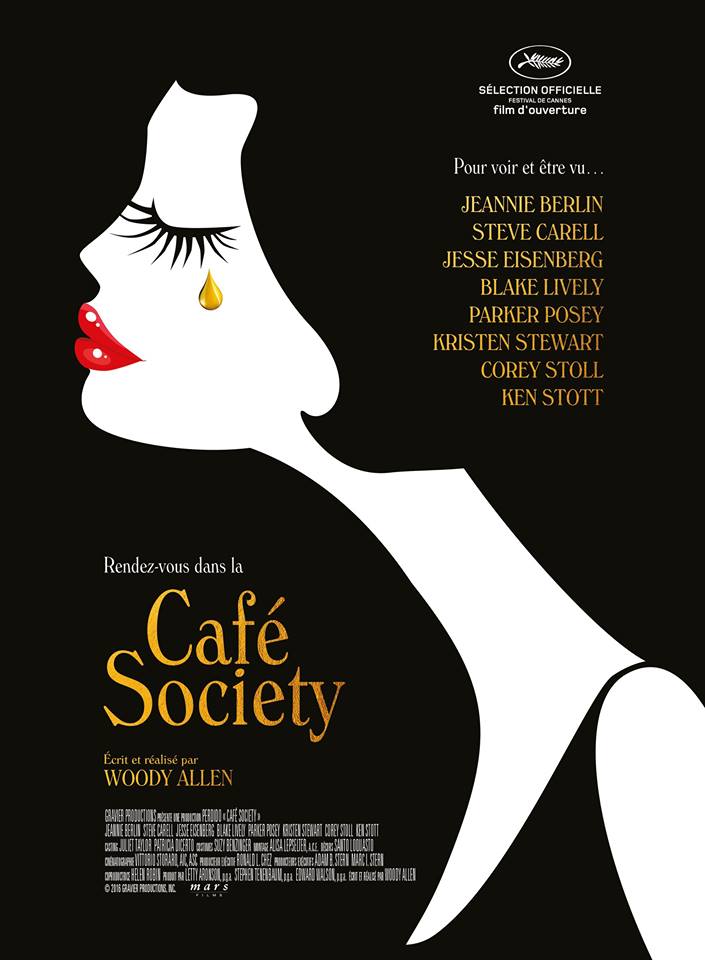