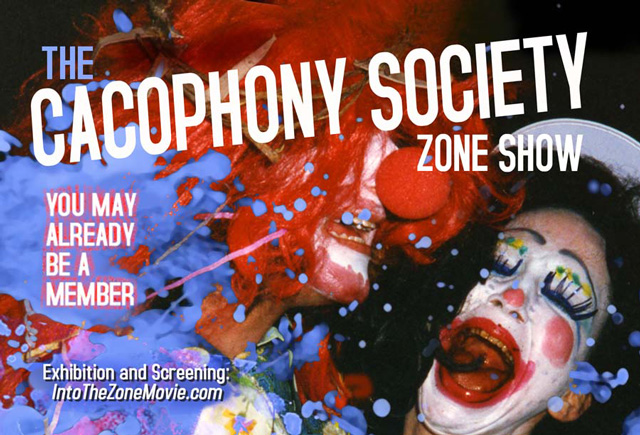 The Cacophony Society is a randomly gathered network of individuals united in the pursuit of experiences beyond the pale of mainstream society through subversion, pranks, art, fringe explorations and meaningless madness. You may already be a member!

First, there will be a benefit preview screening of the long-awaited feature length documentary, Into the Zone: The Story of the Cacophony Society by filmmaker Jon Alloway, at The Yost Theater in Santa Ana, California. From 3 pm to 4 pm, a cocktail reception kicks off the day at the theater’s bar, followed by the film’s screening at 4 pm and after the show, there will be a Q&A session with Mark Fraunfelder interviewing filmmaker Jon Alloway, and several promiment Cacophony instigators like John Law, Danger Ranger, Chuckles Klown, and Reverend Al. Advance tickets are available from the theater. Laughing Squid is a co-presenter of the film along with Dreamland Pictures and Weird TV. 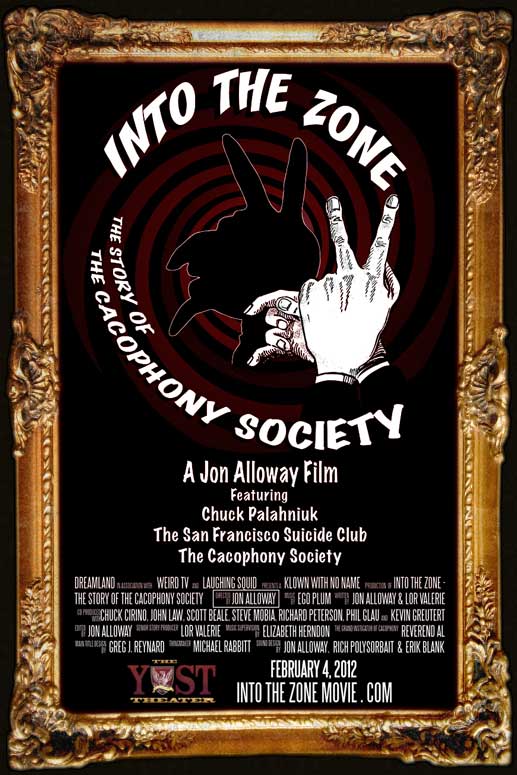 Secondly, from 7 pm to 10 pm on February 4, 2012 is The Cacophony Society Zone Show: You May Already be a Member exhibition which will house “photos, graphics, video, props, costumes, and original art from Society events” at Grand Central Art Center in Santa Ana, California. A block party is planned for the exhibition’s opening reception and will feature “carnivalesque music and performance from artists associated with the Society, art cars, competing protestors, dangerous stunts, an on-call ambulance, and other surprises”. The free exhibition is produced and curated by Rev. Al Ridenour, Albert Cueller, and Jon Alloway and runs through April 15, 2012.

A retrospective look at the Cacophony Society, a national collective of guerrilla artists, dada pranksters, and various eccentrics pursuing “experiences beyond the mainstream.” Dedicated to activities mocking societal expectations, sacred cows, and good taste, The Cacophony Society evolved from the San Francisco Suicide Club and its members were chief organizers of the Burning Man Festival in Northern Nevada. The Society’s pranking served as inspiration for the activities of Project Mayhem in Chuck Palahniuk’s Fight Club.

As a lifetime “card-carrying” member of The Cacophony Society myself, I am really looking forward to making the trek south to be part of this once-in-a-lifetime cacophonous extravaganza.

Trailer for Into the Zone: The Story of the Cacophony Society:

images by The Cacophony Society