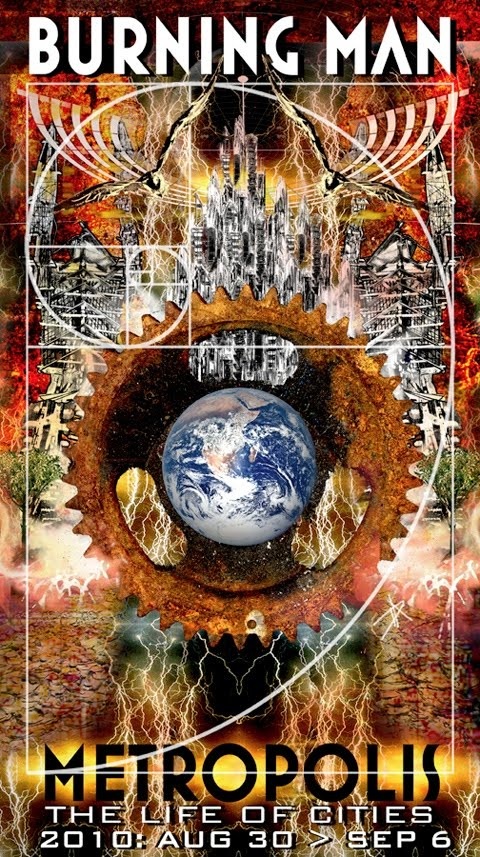 Burning Man has announced that the art theme for next year’s event will be Metropolis. Burning Man 2010 takes place August 30th through September 6th.

Every year a dense metropolis arises in the Black Rock Desert; every year it disappears without a trace. Tumult and change, churning cycles of invention and destruction – these forces generate the pulse of urban life. Great cities are organic, spontaneous, heterogeneous, and untidy. They are, like Burning Man, magnetic hubs of social interaction. This year’s theme will function as a micro and a macro-scope, an instrument through which we will inspect the daily course of city life and the future prospect of what we call civilization.