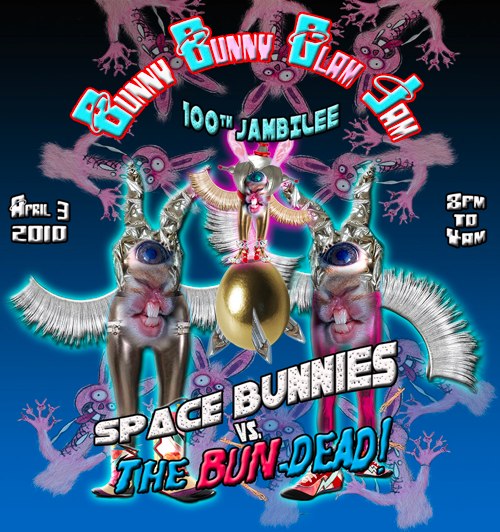 In 2010 Bunny Jam turned 100 and was pronounced dead and/or lost in space. Those who refused to die became Zombunnies, while others survived to merge with technology and wear shiny lamé pantsuits. On April 3^rd the Lapinzonia Space Colony is scheduled to collide with the Zombunny Disco Parlor & Rabbatoir in San Francisco. Coincidentally, there is also a massive Easter Basketroid headed straight towards planet Earth!!! For one night only, two worlds collide and the survival of Bunkind depends on U!

The rumor going around is that after 10 years this may be the last ever Bunny Jam.