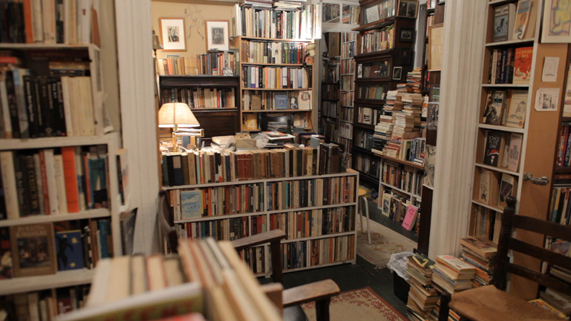 “There’s No Place Like Here: Brazenhead Books” by Andrew David Watson is a short documentary about an illegal used bookstore hidden in a private residence in New York City. The owner of Brazenhead Books, career bookseller Michael Seidenberg, began selling books from his residence after being forced to close a more traditional second-hand shop due to rising rent. Over on the Etsy Blog, Andrew David Watson explains how he found the bookstore and filmed the documentary.

via The New Inquiry