Boston Dynamics’ AtlasProto humanoid robot exhibits uncannily human-like movement as it negotiates obstacles in this demo video. The robot is a prototype of Atlas, an experimental rescue robot that will compete in next year’s DARPA Robotics Challenge. The challenge will place Atlas and other competing robot designs in simulated disaster scenarios where they will be tasked with a variety of disaster response missions. 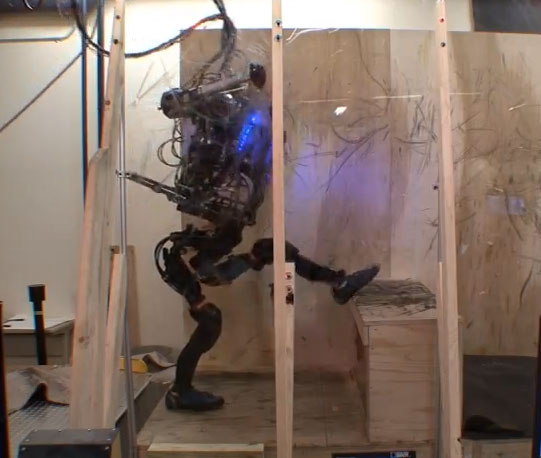