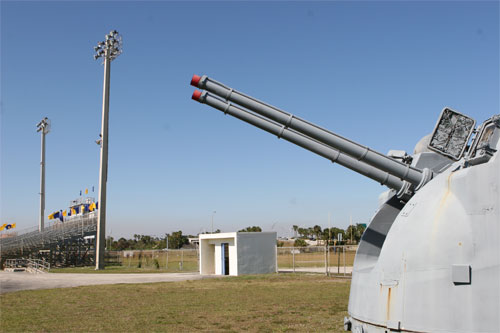 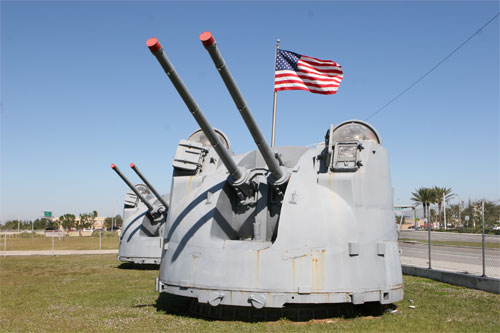 A couple of weeks ago, Lori and I were in Southeast Florida and while driving through Boca Raton, we saw two battleship gun turrets located in the end zone of a high school football stadium. We thought that was a bit odd, so we pulled over to investigate this strange scene and shoot some photos. We discovered that it was the Boca Raton Community High School, home of the Bobcats and apparently retired naval artillery. My high school was never this well defended against invading teams.

We also discovered a football practice corpse on the ground behind the stadium.

Bonus points to anyone who can tell us what type of guns these are and what ship they came from.