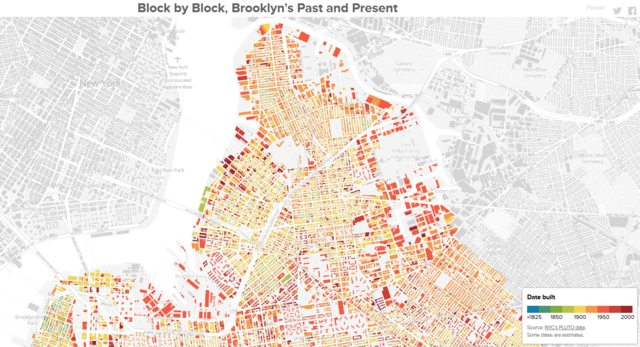 BKLYNR editor Thomas Rhiel has created Block by Block, an interactive map of Brooklyn’s 320,000 buildings color-coded based on the year in which they were constructed. The result is a colorful map that shows how the borough developed from the 1800s to today.

The borough’s a patchwork of the old and new, but traces of its history aren’t spread evenly. There are 320,000-odd buildings in Brooklyn, and I’ve plotted and shaded each of them according to its year of construction. The result is a snapshot of Brooklyn’s evolution, revealing how development has rippled across certain neighborhoods while leaving some pockets unchanged for decades, even centuries.