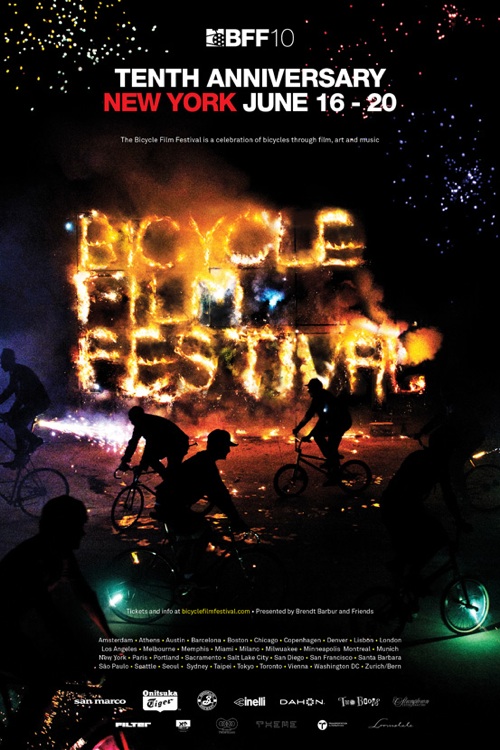 The 10th Anniversary of the Bicycle Film Festival, a celebration of bicycles through film, art and music, takes place June 16-20 in New York City.

The Bicycle Film Festival has been a major catalyst for the urban bike movement, one of the most powerful and culturally relevant forces of the last decade. The BFF is sure to carry this momentum into the next decade.