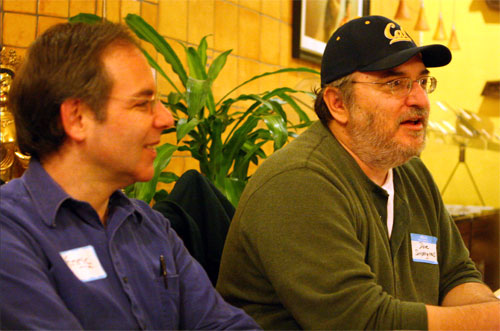 Dave Winer organized one of his infamous Blogger Dinners last night in Berkeley. Here are a few photos that I shot. I agree with Dave that it’s better to have these dinners be less formal and structured, in order to enable better “circulation”. Often at the sit-down type dinners, you are only able to talk to the people who are sitting near you.

Here’s a write-up from Jay Cross, who as there last night as well and liked my use of the equalizing term “West Bay”. Hey, at least I didn’t say I was from “The City”.