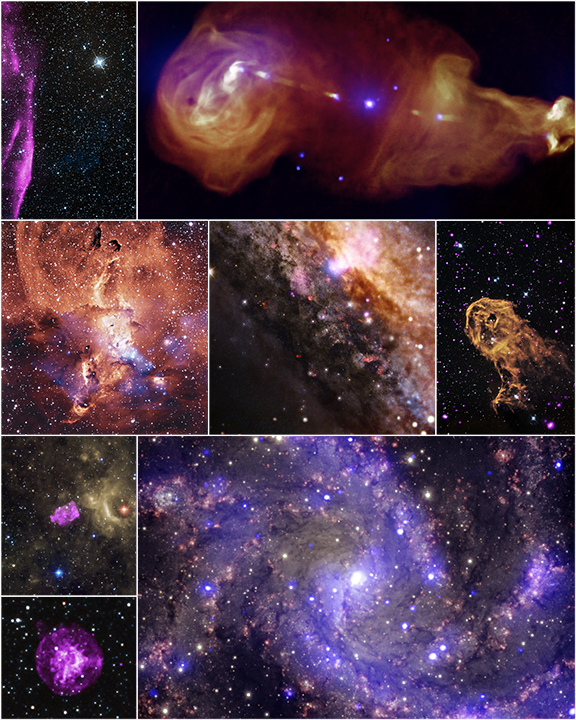 To celebrate American Archive Month in October, NASA’s Chandra X-ray Observatory has released beautiful photos and descriptions of eight celestial objects stored in the Chandra Data Archive. To see more of the breathtaking images and learn about them, head over to NASA and the Chandra X-Ray Observatory. 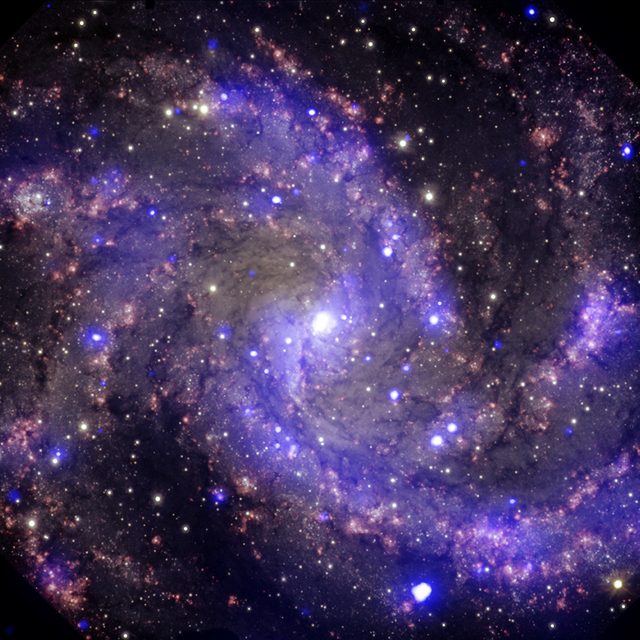 NGC 6946 is a medium-sized, face-on spiral galaxy about 22 million light years away from Earth. In the past century, eight supernovas have been observed to explode in the arms of this galaxy. Chandra observations (purple) have, in fact, revealed three of the oldest supernovas ever detected in X-rays, giving more credence to its nickname of the “Fireworks Galaxy.” This composite image also includes optical data from the Gemini Observatory in red, yellow, and cyan. 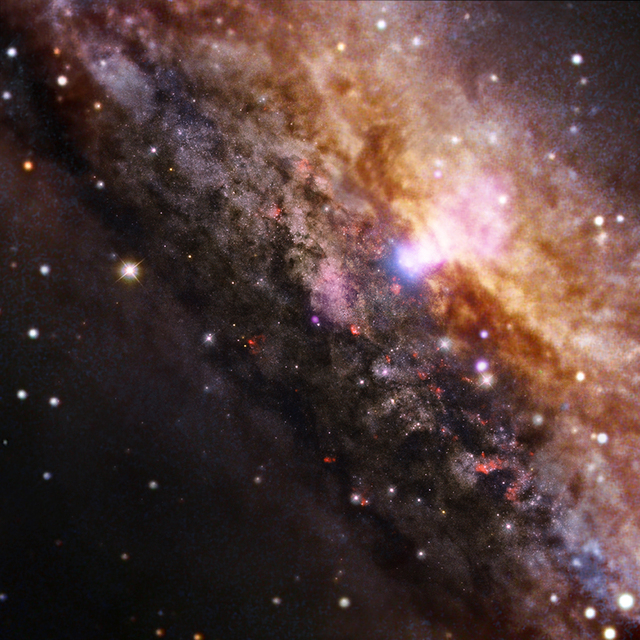 This image provides a view into the central region of a galaxy that is similar in overall appearance to our own Milky Way, but contains a much more active supermassive black hole within the white area near the top. This galaxy, known as NGC 4945, is only about 13 million light years from Earth and is seen edge-on. X-rays from Chandra (blue), which have been overlaid on an optical image from the European Space Observatory, reveal the presence of the supermassive black hole at the center of this galaxy. 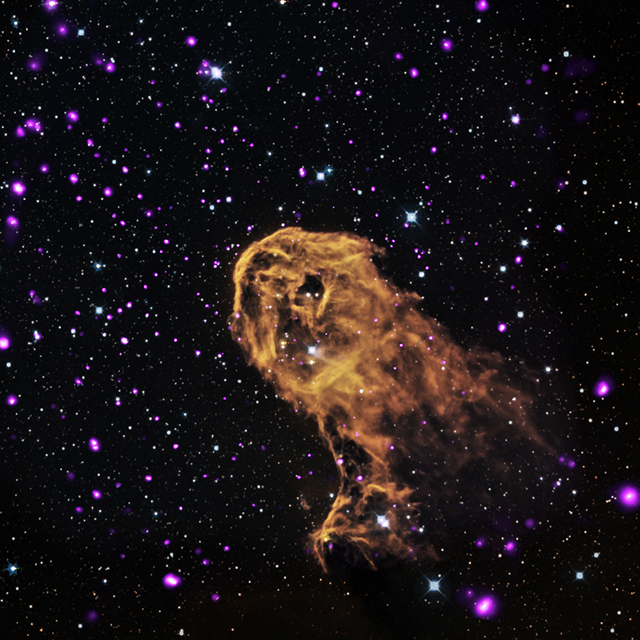 When radiation and winds from massive young stars impact clouds of cool gas, they can trigger new generations of stars to form. This is what may be happening in this object known as the Elephant Trunk Nebula (or its official name of IC 1396A). X-rays from Chandra (purple) have been combined with optical (red, green, and blue) and infrared (orange and cyan) to give a more complete picture of this source.