“Beautiful Losers” is a documentary directed by Aaron Rose with co-director Joshua Leonard about the Beautiful Losers DIY street art movement. The film opened in NYC last week and screenings are being held around the country, including a run at Landmark Lumiere in San Francisco from 9/5-9/12. Here’s the trailer.

In the early 1990s a loose-knit group of likeminded outsiders found common ground at a little NYC storefront gallery. Rooted in the DIY (do-it-yourself) subcultures of skateboarding, surf, punk, hip hop & graffiti, they made art that reflected the lifestyles they led. Developing their craft with almost no influence from the “establishment” art world, this group, and the subcultures they sprang from, have now become a movement that has been transforming pop culture. 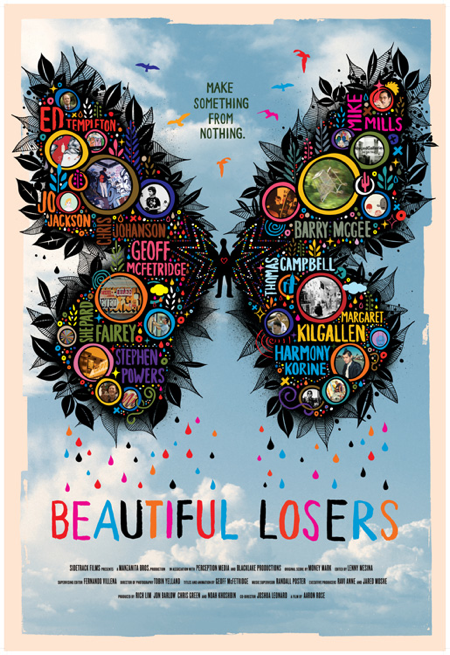