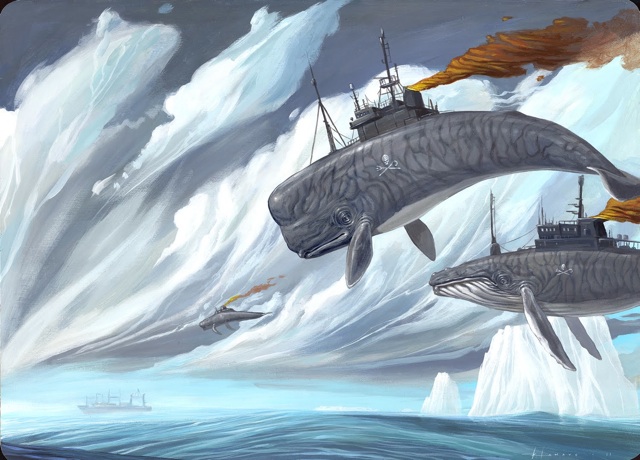 “Bearing”, painted by Roland Tamayo for the upcoming Sea No Evil Art Show, a benefit for the Sea Shepherd Conservation Society on June 25 at the Riverside Municipal Auditorium in Riverside, CA.

Here’s Roland’s explanation of the painting:

My piece is called “Bearing” which was created specifically for this show. I chose the word bearing for a few reasons. The image shows Captain Paul Watson’s fleet being represented by flying whales “bearing down” on the so called research vessel of the Japanese fleet. Watching Whale Wars, it’s all about putting pressure and searching, so finding ones bearings in the vast ocean is another play on the title. Also, the men and women on these ships voluntarily bear a great responsibility as champions for these creatures.