The BayCycle Project is developing a kit that will convert an ordinary bicycle into a pedal-powered watercraft in just a few minutes. The kit includes two pontoons and a bike mount that captures the rotation of the bike’s wheel to power a propeller. The project was founded by Judah Schiller in an attempt to bring bike commuting to waterways like San Francisco Bay and the Hudson River in New York. To demonstrate the feasibility of his project, Schiller has traversed both the aforementioned waterways on a BayCycle water bike prototype. Schiller is raising funds for the project on Indiegogo. 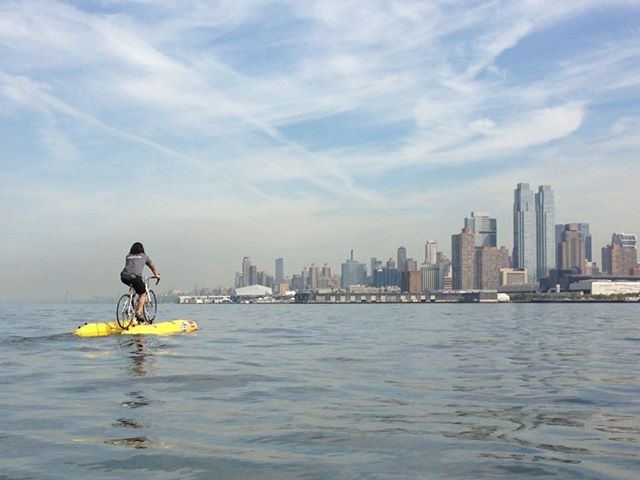 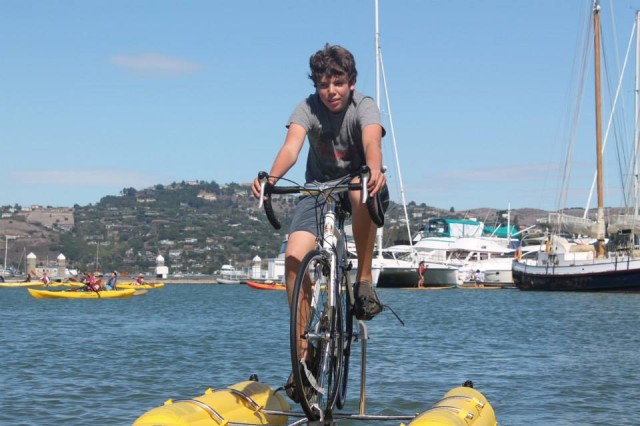 photos and video via BayCycle Project