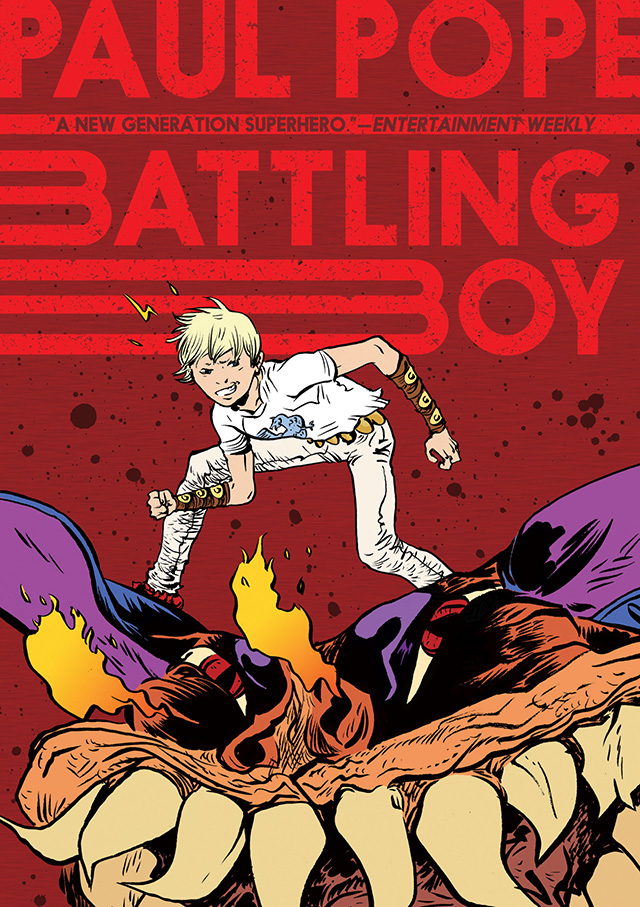 New York City cartoonist Paul Pope has released Battling Boy, his new graphic novel published by First Second Books. The story follows Battling Boy, a twelve-year-old demigod who is tasked with battling monsters to save the Earth city of Arcopolis. E-book, paperback, and hardcover editions of Battling Boy are available to purchase from Paul’s local independent bookstore WORD and Amazon.

Monsters roam through Arcopolis, swallowing children into the horrors of their shadowy underworld. Only one man is a match for them – the genius vigilante Haggard West. Unfortunately, Haggard West is dead.

Arcopolis is desperate, but when its salvation comes in the form of a twelve-year-old demigod, nobody is more surprised than Battling Boy himself. It’s time to meet an electrifying new hero. 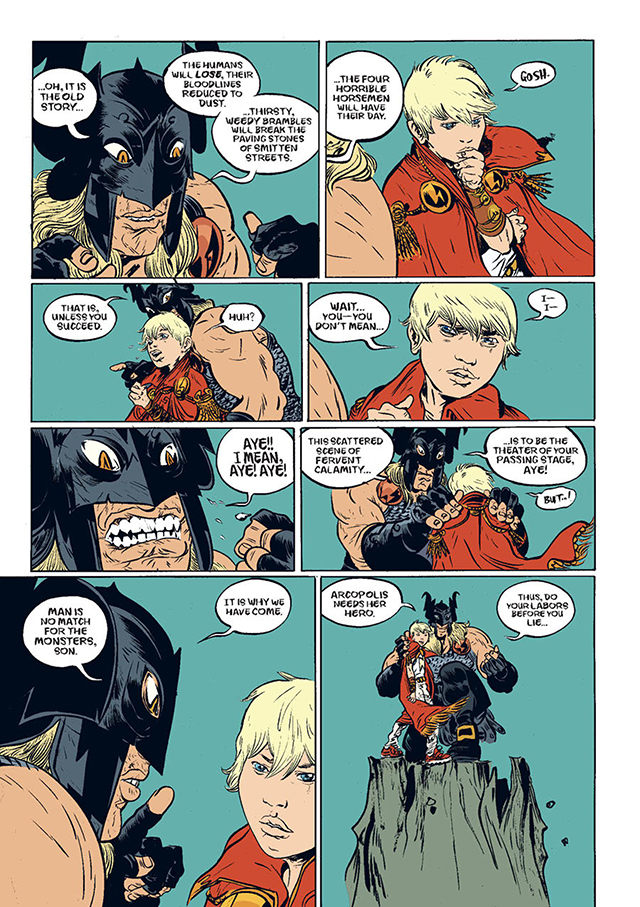 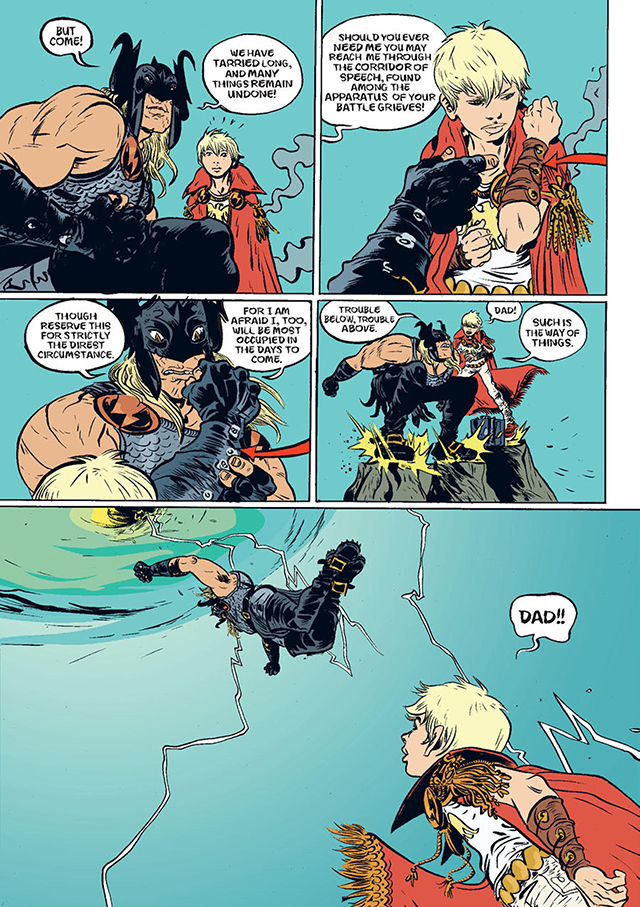