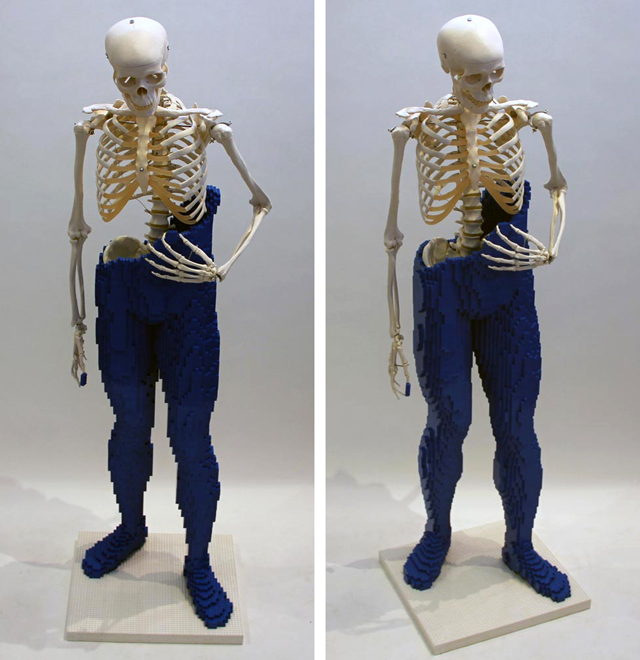 As part of the Keihl’s Gives program, Nathan was picked to be one of the 13 renowned artists helping to redesign Mr. Bones, with a total of $200,000 going to charities of their choice in the areas of HIV/AIDS, the environment and children’s causes. Nathan chose to donate his portion of the money to the Thea Foundation.

I was honored to be one of the artists selected to provide their own take on Mr. Bones for a recent Kiehl’s charity event. Other artists included: Alicia Keys, Zach Galifianakis, Terry Richardson, Padma Lakshmi, Kenny Scharf, Olek and other creatives. The event raised thousands of dollars for my charity of choice: the Thea Foundation.

For my version, I wanted Mr. Bones to be building a skin of bricks around his bare bones. I figured he needed “skin” to put all his new Kiehl’s products on.

Below is a time-lapse video of Nathan Sawaya piecing his Mr. Bones redesign together one block at a time. 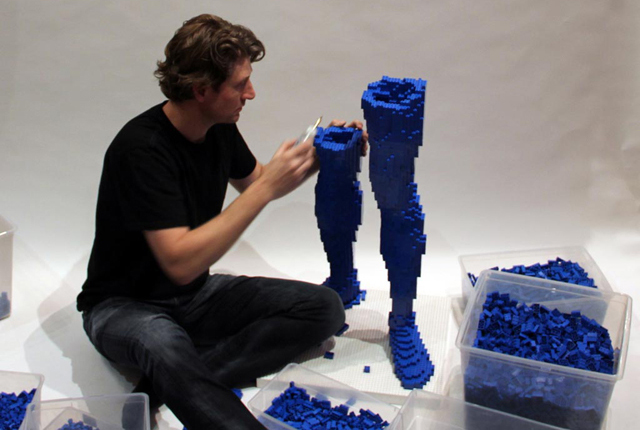 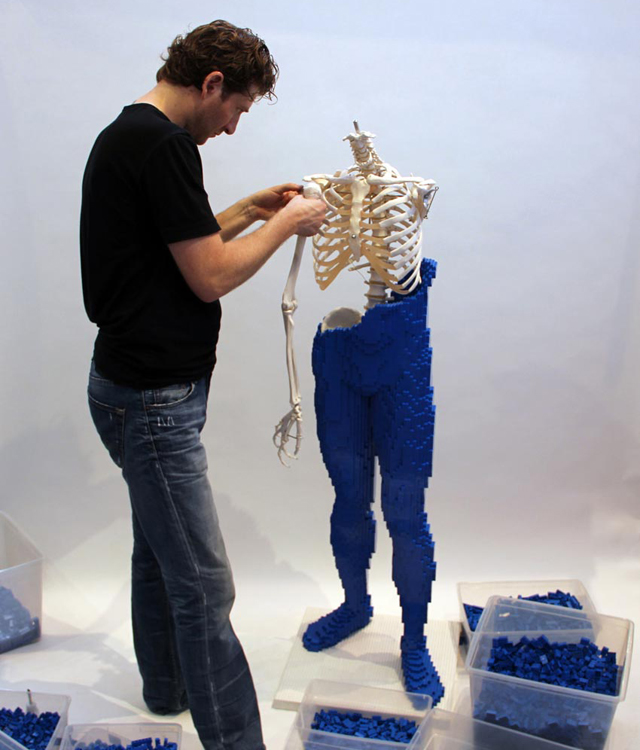 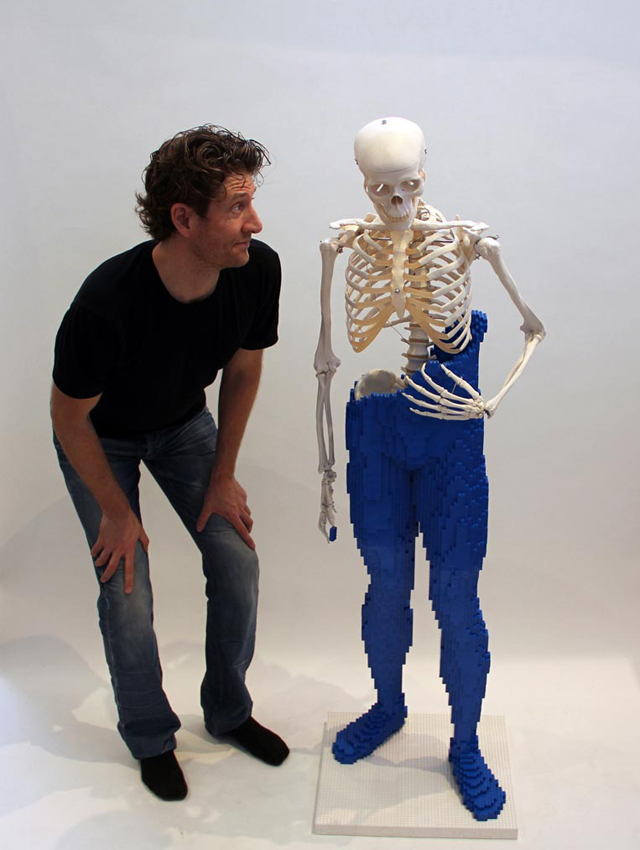 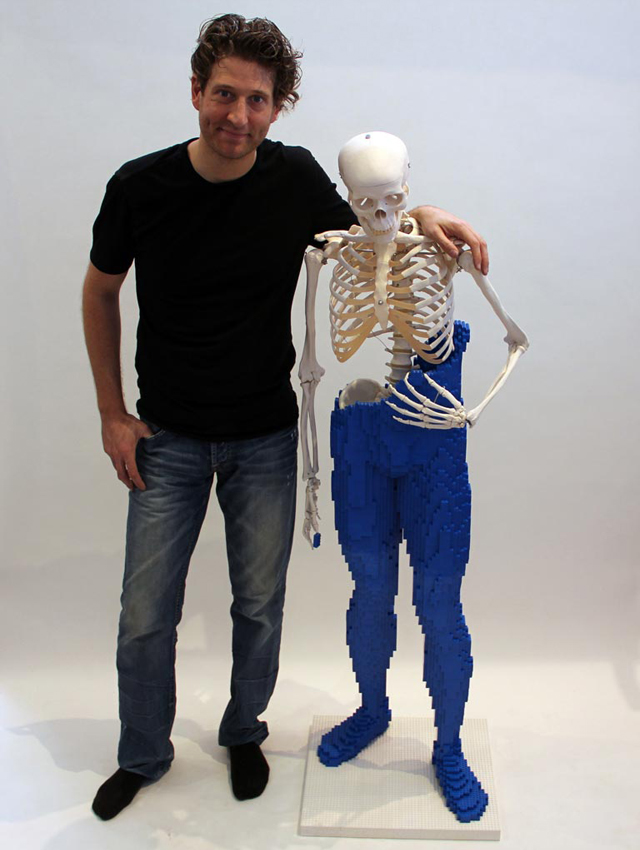