Automata is an upcoming sci-fi film by director Gabe Ibáñez about evolving robots and humanity’s response to them. Antonio Banderas stars as Jacq Vaucan, an insurance agent looking into the manipulation of a robot. Things quickly spin out of control as Vaucan finds himself among a number of seemingly sentient robots. The film also stars Birgitte Hjort Sørensen as Rachel Vaucan, Melanie Griffith as Dupre, Dylan McDermott as Wallace, and Robert Forster as Robert Bold. Automata is currently scheduled to release in theaters “soon.”

Fast forward fifty years into the future, planet earth is in the midst of gradual desertification. Mankind struggles to survive as the environment deteriorates and the slow regression of the human race begins in AUTÓMATA. On the brink of life and the reality of death, technology combats the prevailing uncertainty and fear with the creation of the first quantum android, the Automata Pilgrim 7000. Designed to bring support to society’s plight, man and robot reveal what it means to co-exist in a culture defined by human nature. 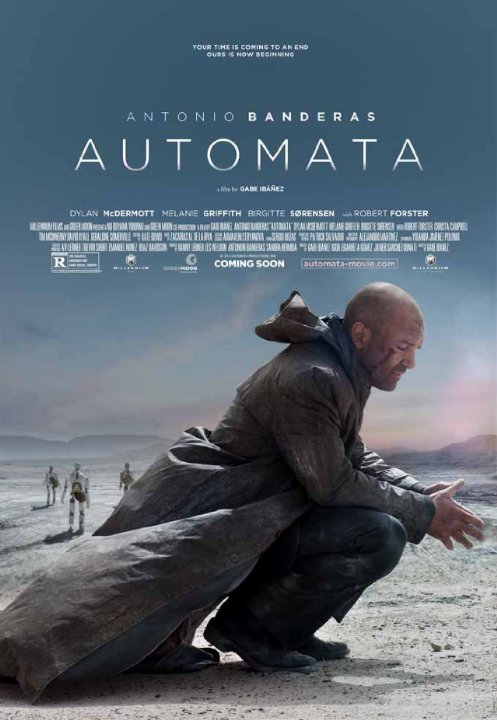