To better understand the movements of honey bees, researchers in Australia are outfitting 5,000 bees with tiny sensors that allow their movements to be tracked. The 2.5mm square RFID sensors are detected by checkpoints in the field, allowing researchers to create 3-dimensional models of bee movements. The researchers plan to use the data for improving honey bee pollination and productivity and to better understand colony collapse disorder. The project is led by CSIRO, Australia’s national science agency. 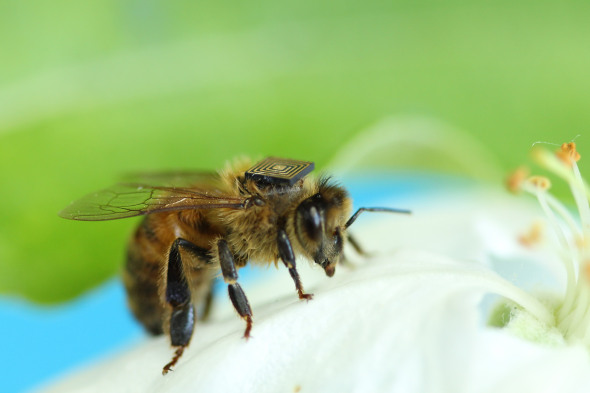 photo and video via CSIRO