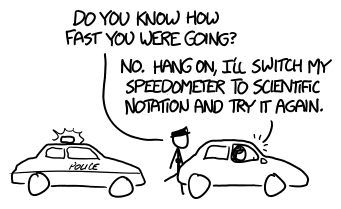 The latest edition of What if? by xkcd takes a look into the question of how fast someone would need to drive before raindrops began to penetrate their windshield. The answer, thankfully, is a lot faster than any car can travel. While water droplets are small, they have been known to impart some serious damage on supersonic jets.

Even at high speeds, a raindrop won’t create a bullet hole on its own—but a long series of supersonic droplets would start to eat away at the glass, cracking and pitting it like sand. Eventually, the windshield could fail catastrophically.