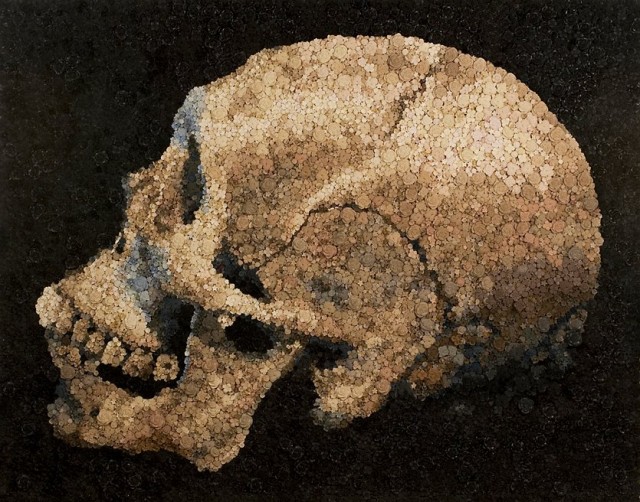 Artist Kevin Champeny creates astounding large format artworks that are part mosaic and part sculpture. The finished works look like sculptures or mosaics, but a closer look reveals they are made of hundreds or thousands of tiny objects, often individually cast by the artist. “Flag,” for instance, is an American flag made up of 44,450 urethane army men cast in red, white, and blue. “What Remains” is a five foot wide skull mosaic made up of more than 35,000 tiny flowers. According to Champeny, each work takes several months to complete. 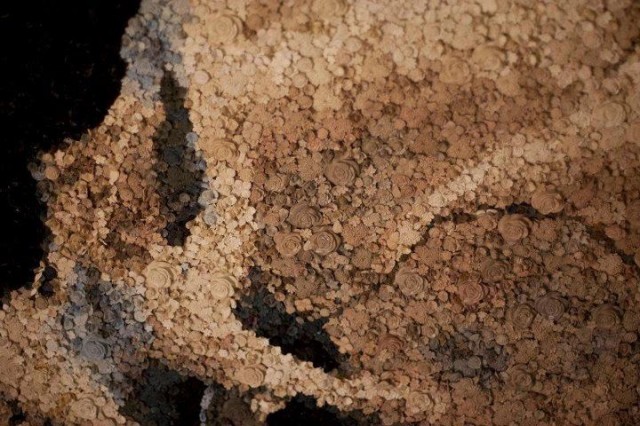 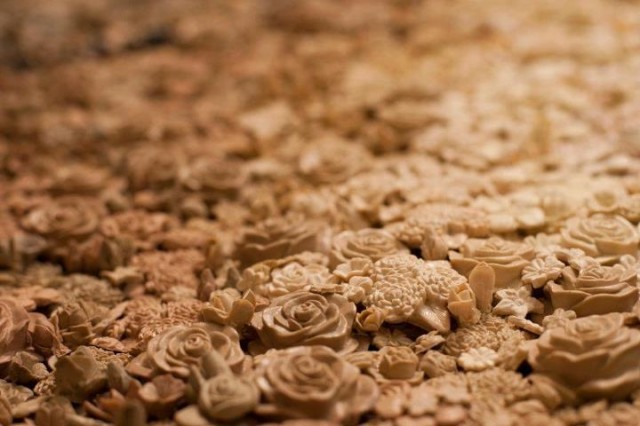 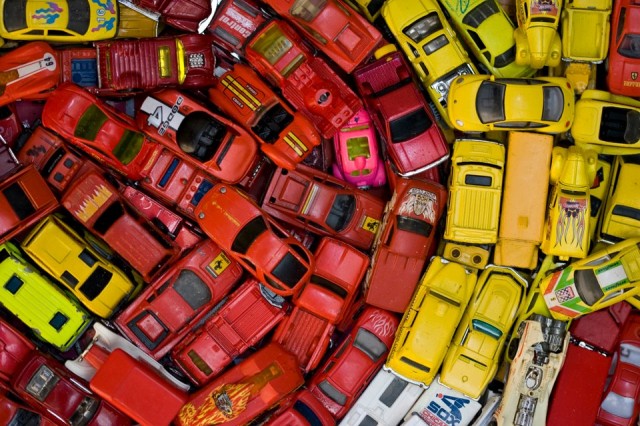 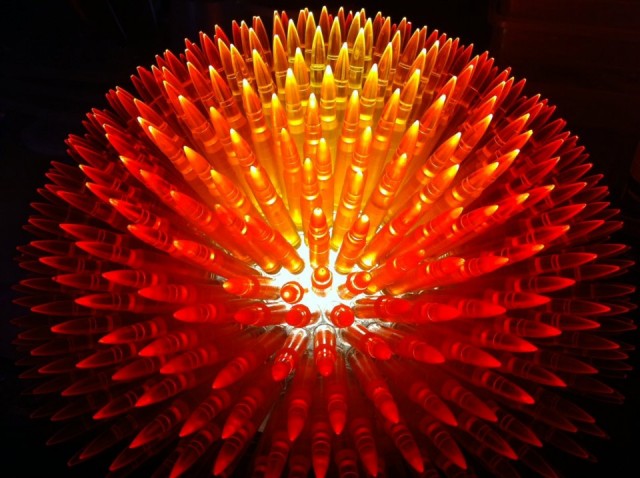 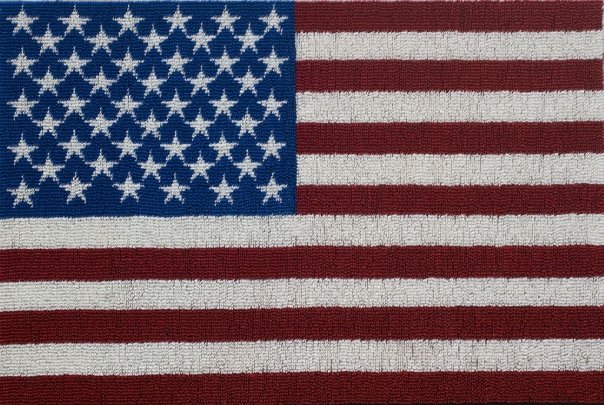 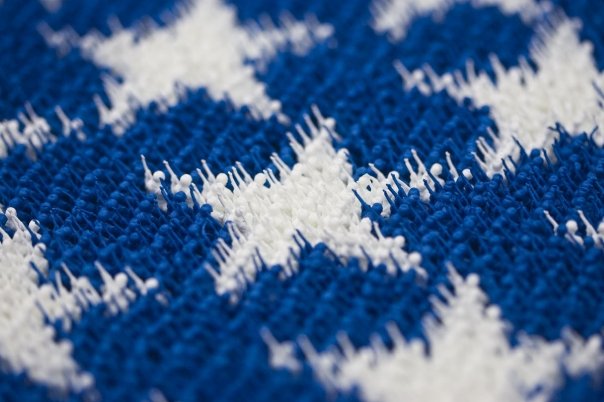