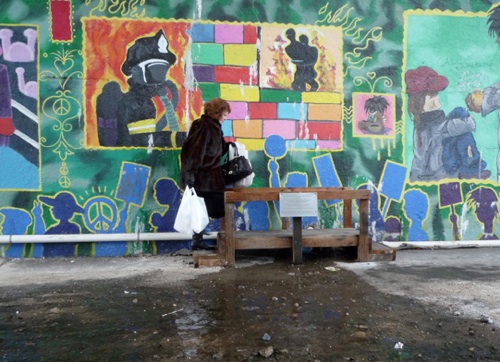 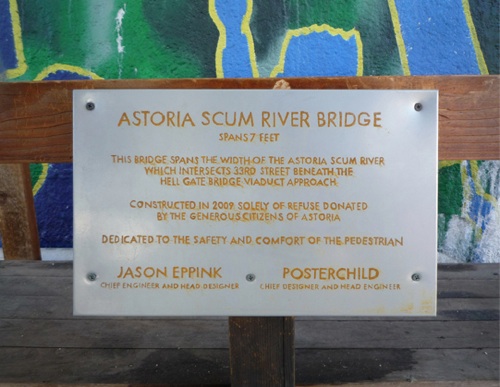 Over the weekend I had the pleasure of meeting New York artist Jason Eppink who has been creating many wonderful projects in and around the NYC including “Take a Seat” where he provided furniture in NYC subway stations and “Total Crisis Panic Button” which featured creative alterations of crosswalk instruction signs.

Jason’s latest project was the “Astoria Scum River Bridge” where he worked with Posterchild to construct a pedestrian bridge that spanned 7 feet over a festering cesspool of standing water that had been leaking out on 33rd Street beneath the Hell Gate Bridge viaduct approach in Astoria, Queens for over twenty years.

Astoria Scum River Bridge was constructed to offer Astorians an opportunity to safely cross this hazard. The unauthorized bridge was a gift to the pedestrians of Astoria in the absence of successful municipal efforts to ameliorate the problem.

The project ultimately led to New York City workers and Amtrack re-routing the Astoria Scum River, eliminating the need for the bridge.