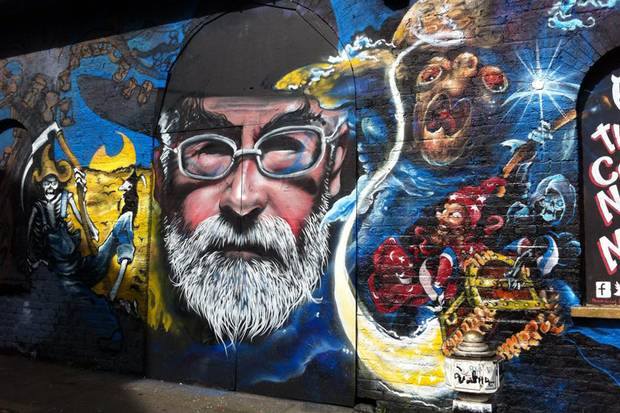 Artists Dr. Zadok, Jim Vision, and Fiver paid tribute to the late author Sir Terry Pratchett through vibrant murals in England. Dr. Zadok and Jim Vision worked together to create a large mural Code Street in London while Fiver’s mural is in Bristol. Jim Vision recently spoke with The Standard, saying that the mural is a tribute to both Pratchett and artist Josh Kirby, who created cover art for Pratchett’s Discworld series.

Pratchett, the author who wrote more than 70 books in his lifetime, passed away last month at the age of 66. 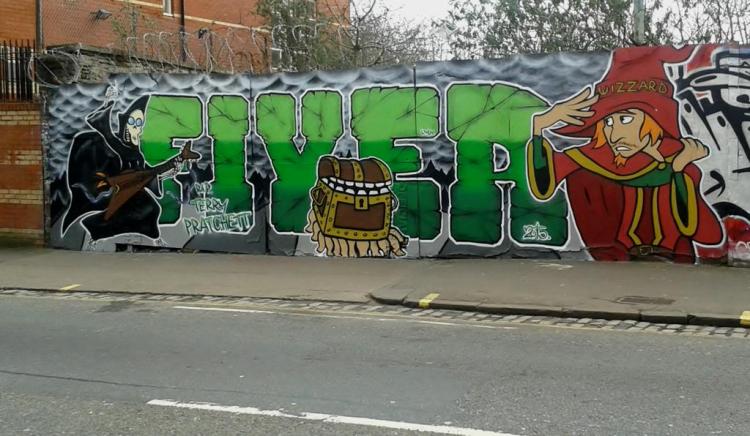 mural and photo by Fiver 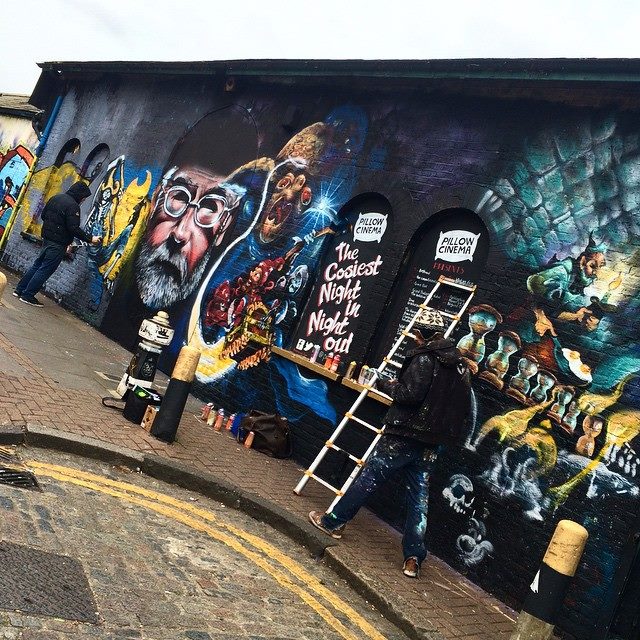 Dr. Zadok and Jim Vision working on the mural in a photo by Sami Alalul 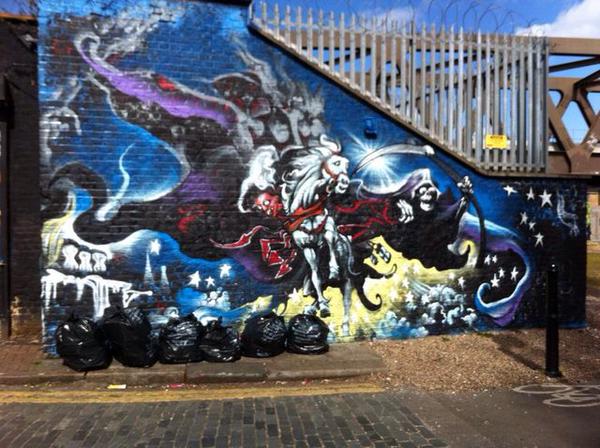 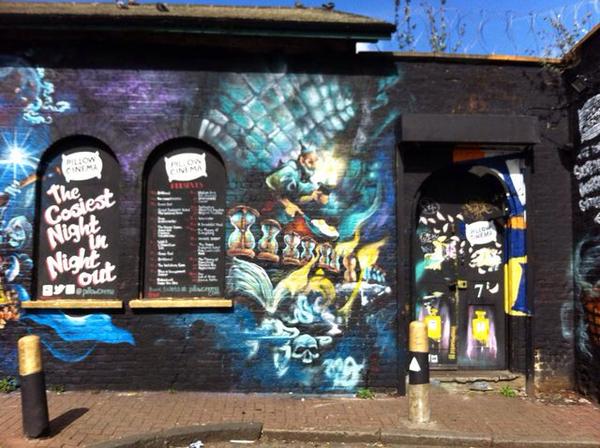 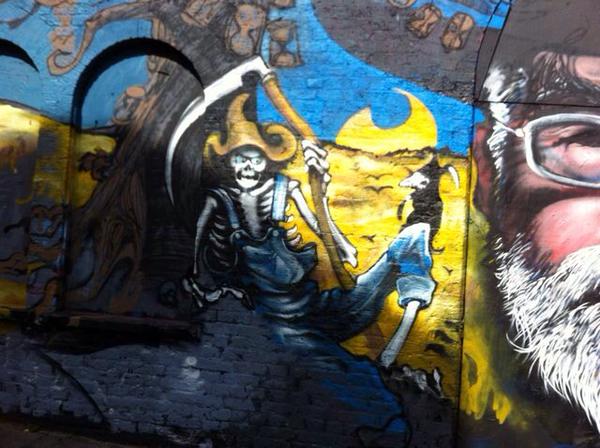 As the great Terry Pratchett says: "You ignore graffiti at your peril. It's the heartbeat of a city. It's the voice of the voiceless.