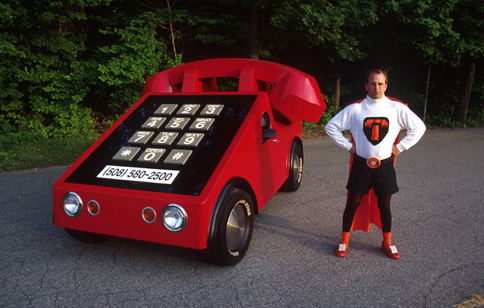 ArtCar Fest 2008, the West Coast’s largest gathering of art cars, returns to the Bay Area for it’s 12th year this September 25th-28th. This year’s event includes a special guest appearance by Boston’s The Phone Car by Howard Davis (aka Teleman).

ArtCar Fest is a festival for and about ArtCars, which are licensed, registered, and insured vehicles that an artist has permanently altered in artist fashion. These are not parade floats – the unique aspect of our medium is that we bring art into the world every day as we drive our vehicles to work, to the store, and on the highways. ArtCar Fest organizes ArtCar tours to schools, hospitals, and folk art sites all year round.

The event kicks off this Thursday with the Amoeba to Amoeba Caravan from Berkeley to San Francisco, then on Friday they travel to Marin County to visit kids, on Saturday they will be touring Sacramento Delta area and then on Sunday they return for the “How Berkeley Can You Be?” parade. Here’s the full schedule. 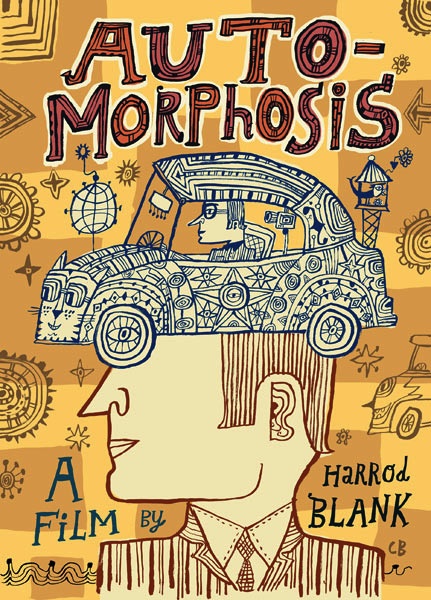 After the parade on Sunday there will be a special sneak preview screening of “Automorphosis” the new art car film by Harrod Blank at The Cerrito Speakeasy Theater. The cars will be on display at 6pm followed by the film screening at 8pm.

“Automophosis” looks into the minds and hearts of a delightful collection of eccentrics, visionaries, and just plain folks who have transformed their autos into artworks. On a humorous and touching journey, we discover what drives the creative process for these unconventional characters. And in the end, we find that an art car has the power to change us — to alter our view of our increasingly homogeneous world.