AR Invaders is an augmented reality iPhone game by Soulbit7 that allows the player to battle UFOs in their everyday surroundings.

AR Invaders brings the classic alien invasion game theme into the 21st century with an augmented reality twist. You have joined Earth’s Resistance Forces to hold back the aliens ships that are attacking our cities, forests, beaches and deserts – wherever you are, they are coming. Space invaders was never this real. 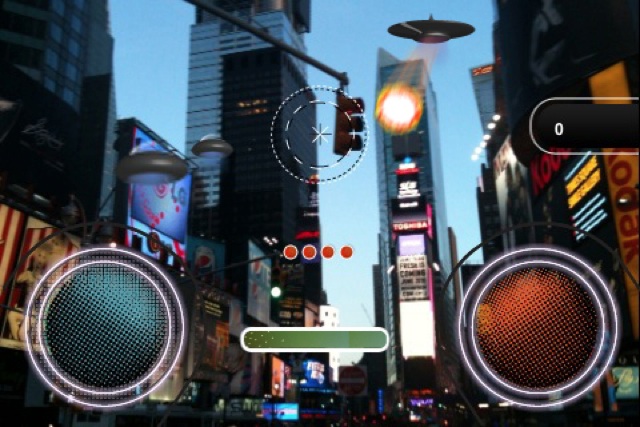