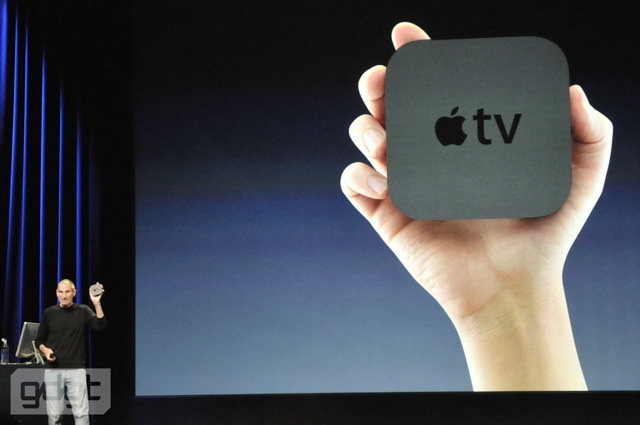 Apple announced the 2nd generation of Apple TV today at their special event in San Francisco. It’s a fourth of the size of the old Apple TV, features instant movie and TV show rentals (no more purchases) and Netflix streaming. It’s $99 and ships in September.

Here are a few other announcements that Apple made today:

– iTunes 10, which includes Ping, a new social network for music.

– A new iPod Suffle, an iPod Nano with a multitouch screen and a new iPod Touch.

– A preview of OS 4.2 which will bring all the new features to iPad, including wireless printing and AirPlay.