Over the weekend I finally had a chance to watch Anvil! The Story of Anvil (2008), a documentary about the Canadian heavy metal band Anvil, who ended up vanishing into obscurity in the early 1980’s. They’ve often been called a real-life version of Spinal Tap. It’s one of the best documentaries I’ve seen in a long time.

At 14, best friends Robb Reiner and Lips made a pact to rock together forever. Their band, Anvil, hailed as the “demi-gods of Canadian metal”, influenced a musical generation that includes Metallica, Slayer, and Anthrax, despite never hitting the big time. Following a calamitous European tour, Lips and Robb, now in their fifties, set off to record their 13th album in one last attempt to fulfill their boyhood dreams. 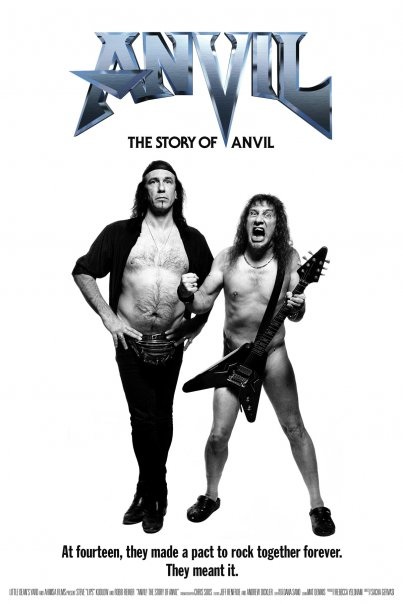 The film was directed by Sacha Gervasi who left home to join the band as a roadie at age 15, a relationship that gave him amazing access to their lives and struggles.

Anvil is currently on a big tour across the US, Canada and Australia.