A group of hackers and activists simply called “Anonymous” have taken on the Church of Scientology. First they posted a video message to Scientology.

Anonymous posted a follow-up video, calling for a global protest against Scientology on February 10th.

Prior to the protests, Anonymous posted a video on “Code of Conduct”, detailing 22 very specific rules to follow during the protests.

Rocketboom does a great job summarizing what lead up to the protests and they had several field correspondents who reported on the protests as they took place around the US and in London.

Here’s GETV’s report on yesterday’s protest in front of Scientology in San Francisco. Brock over at SFist also has a write-up on the San Francisco protest.

Sean Bonner shot a bunch of photos at the Los Angeles protest. 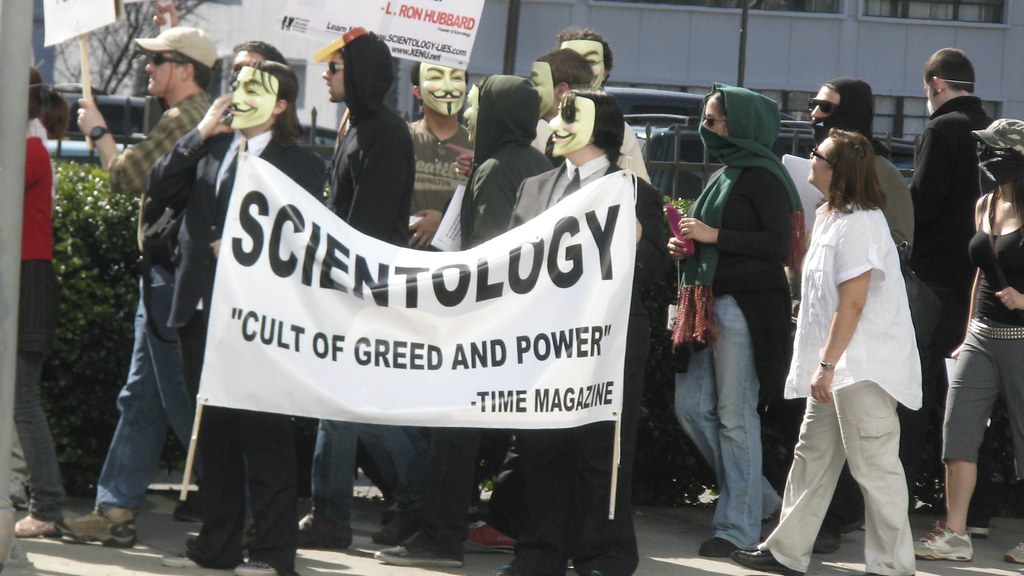 Anonymous’ recent actions were in party motivated by Church of Scientology’s attempts to force Gawker to remove a video they posted of Tom Cruise talking about Scientology. Along with the protests, Anonymous has recently launched Project Chanology, “a large scale plan to bring down the Church of Scientology in its present form”.