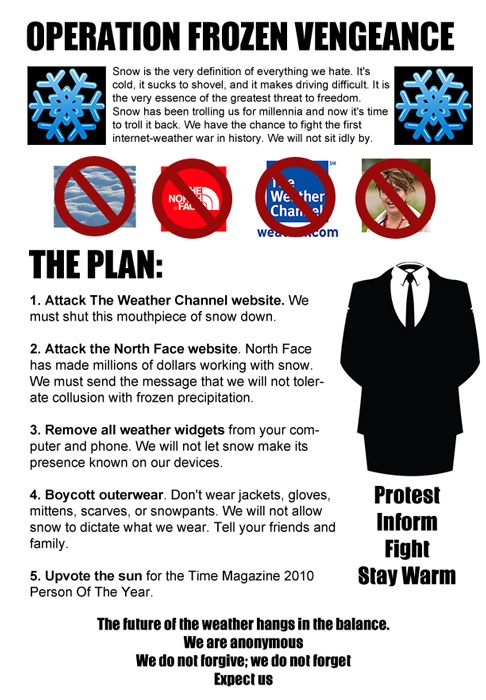 Anonymous has declared war on snow in their latest attack, Operation Frozen Vengeance.

A loosely-organized group of internet activists known as Anonymous announced on Sunday that it was declaring war on the meteorologic phenomenon known as snow. The hacker group, born out of the influential internet messageboard 4chan and responsible for the recent attacks against MasterCard and PayPal, explained in a statement that it would do everything in its power to shut snow down by attacking the Weather Channel and North Face websites, boycotting outerwear, and voting for the sun as Time’s 2010 Person Of The Year.