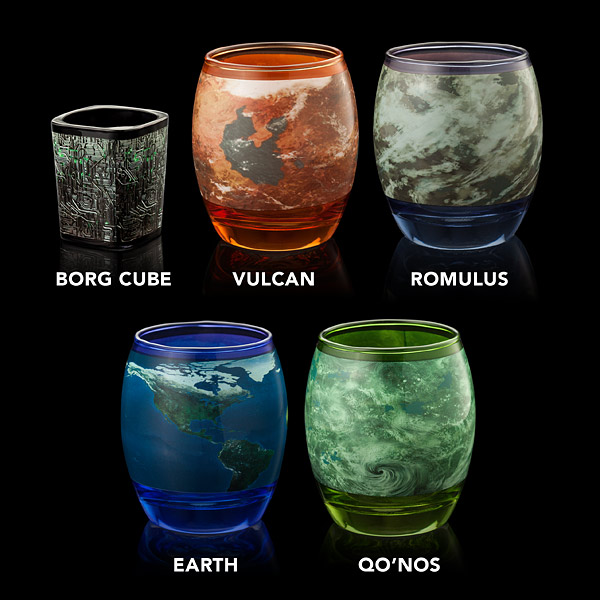 ThinkGeek has created an out of this world Star Trek glassware set featuring 4 planet glasses (Earth, Vulcan, Romulus, and Qo’noS) as well as a Borg cube shot glass. We previously wrote about their Star Wars and solar system glassware collections.

This Star Trek Planetary Glassware Set lets you gaze upon otherworldly beauty while drinking your orange juice. Or tea, Earl Grey, hot. We’ve chosen to highlight several M-class planets: Earth, the capital planet of the United Federation of Planets, home of Starfleet Headquarters, and the location of the main branch of Starfleet Academy; Vulcan, the Vulcan homeworld and a founding member of the United Federation of Planets; Romulus, the homeworld of the Romulans and the capital world of the Romulan Star Empire; and Qo’noS, homeworld of the Klingons and the capital of the Klingon Empire. We also threw in a shot glass for good measure which resembles a Borg Cube, the primary vessel of the Borg Collective. 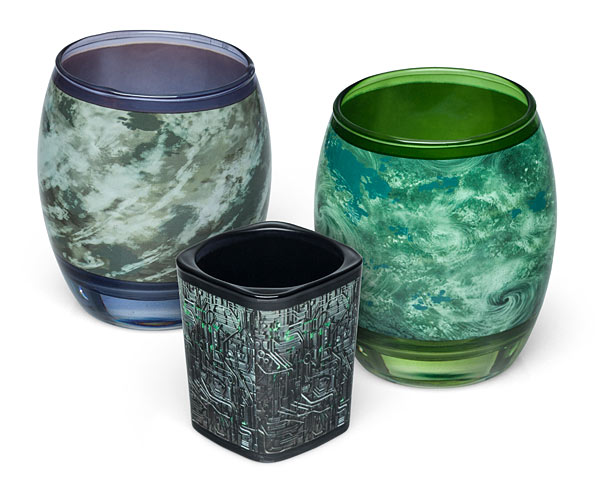 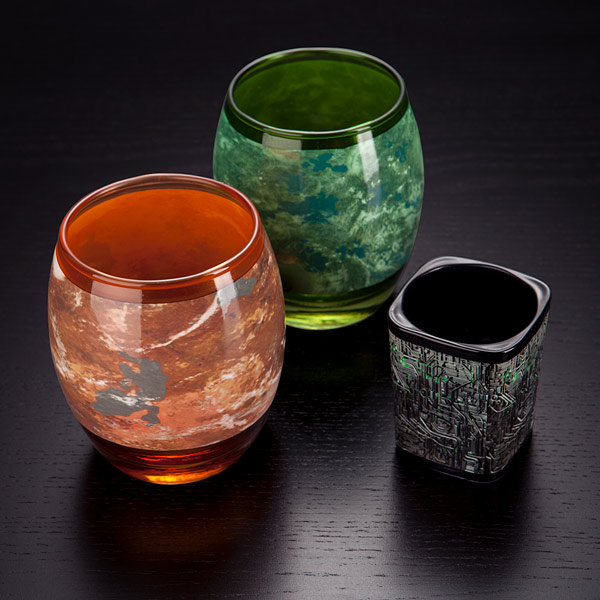