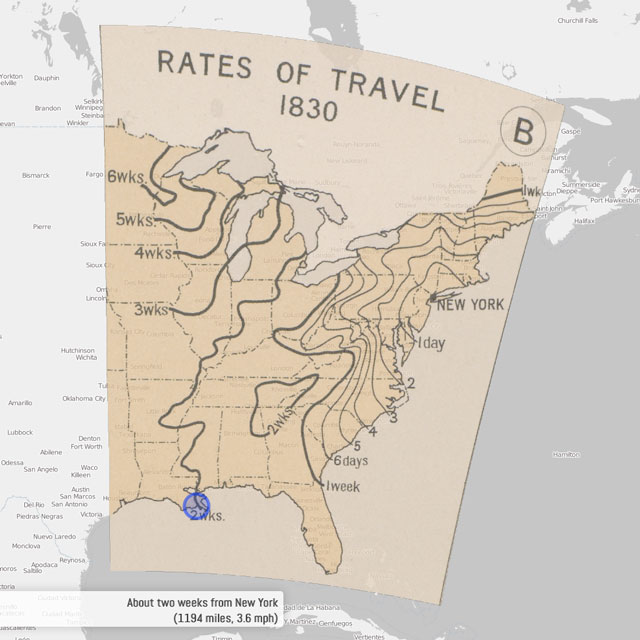 image via University of Richmond

This fascinating interactive map shows how long it took to travel from New York City to points around the United States between 1800 and 1930. It is based on four maps, showing rates of travel for 1800, 1830, 1858, and 1930, from the 1932 compendium of historical maps, the Atlas of the Historical Geography of the United States. The interactive map is just one of many maps that can be perused on the digital edition of the atlas, which was recently digitized by the Digital Scholarship Lab at the University of Richmond. We previously posted about the atlas back in January 2013. 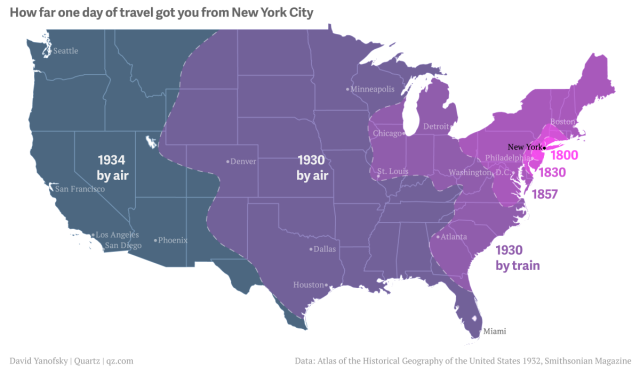 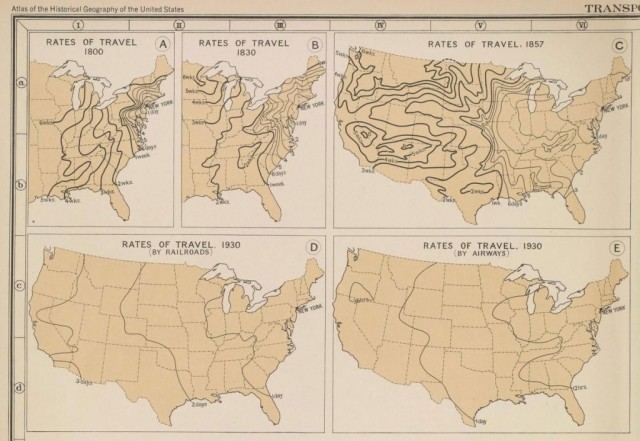