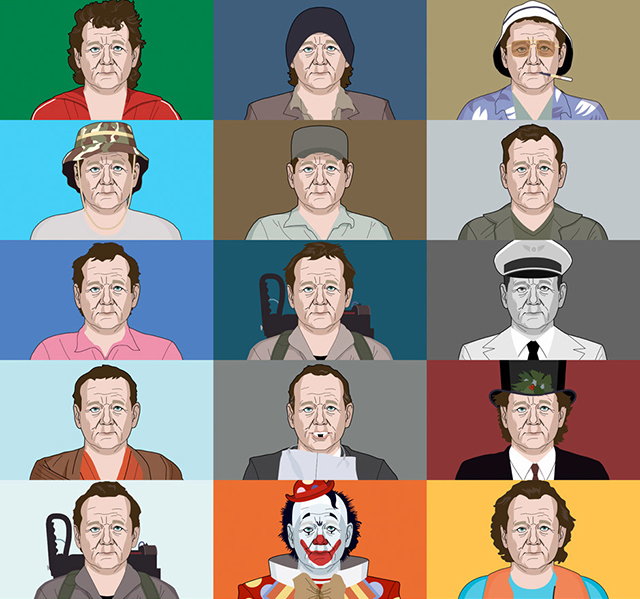 In celebration of The Grand Budapest Hotel being released in theaters recently, Canadian comic book artist and journalist Steve Murray (aka “Chip Zdarsky“) created a fantastic illustrated collage for the National Post featuring “The Many Faces of Bill Murray.” Steve showcases a great deal of the famed actor and comedian’s film roles from throughout the years.

(Exceptions: Two early bits of voice work. One for an adult cartoon in 1975, pre-Meatballs, called Shame of the Jungle,where he voiced a reporter. And another, uncredited, role as a dragon in a 1980 translation of a French animated movie called B.C. Rock.)