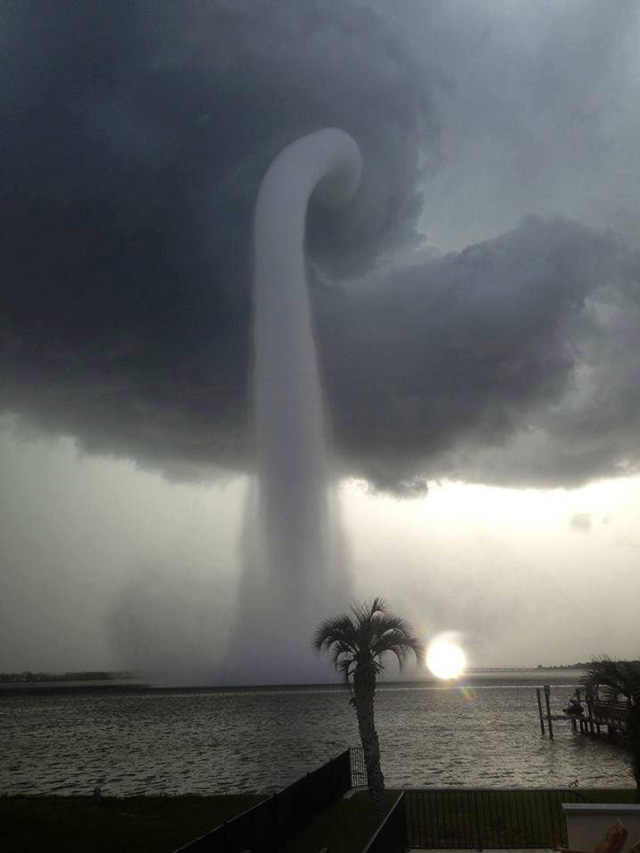 Jeremy Kappell, a meteorologist for WDRB in Louisville, Kentucky, has shared a photo of an incredible waterspout that occurred recently over Florida’s Old Tampa Bay (Oldsmar). A waterspout is a weather phenomenon that happens when a combo of air and mist form a potentially dangerous vortex. This particular one actually came ashore which is unusual as they usually stay over water. No one was injured but it did cause a lot of property damage. ABC Action News has posted a video of the waterspout in action, along with viewer’s photos.