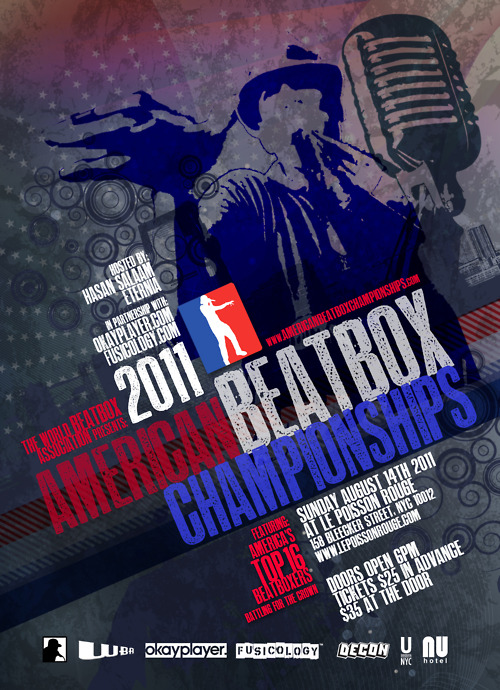 Now in its second year, the American Beatbox Championships, selects the top beatboxers in the United States to compete in this celebration of “one of the most awe inspiring vocal art forms”. Beatboxing, in short, is the way to create beats, rhythms and music using only the human voice.

The American Beatbox Championships is not your ordinary Hip Hop style battle. The competition features 3 rounds unique rounds that test the artists creativity, musicianship, originality, imagination, and performance skills. Unlike any other beatboxing battle on the planet it pushes the competitors to the limits culminating in a microphone vs. microphone “8 mile” style battle grand finale.

Video entries for the championship can be viewed at the World Beatbox Association’s channel on Youtube.