Glasgow, Scotland-based programmer, composer, and geek Greig Stewart (a.k.a. “Theremin Hero“) performs an amazing 8-bit NES keytar cover of the Game of Thrones theme song with MIDI-controlled lasers shooting around in the background. As an added bonus to Grieg’s custom-built instrument, the NES still works as a functional video game console.

My NESKeytar is a cross between an original Nintendo console, a ‘Guitar Hero‘ controller and a miniature toy keyboard.

The sound comes from the original RP2A03 chip in the NES, giving it that classic 8-bit sound. All of the available sound channels are utilized.

The software runs on a Raspberry Pi and is written in a language called Pure Data (pd). There are various modes including a midi controller mode as well as a standalone mode, which allows the whole instrument to be used with a battery pack. 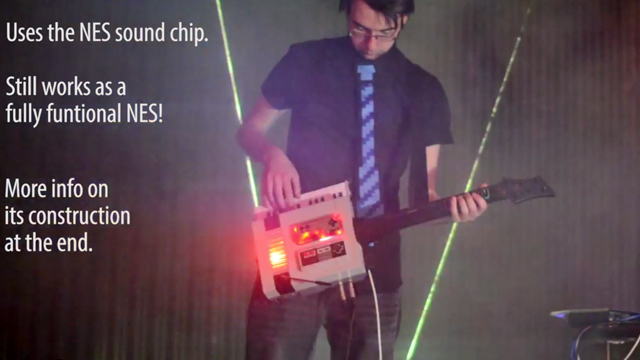