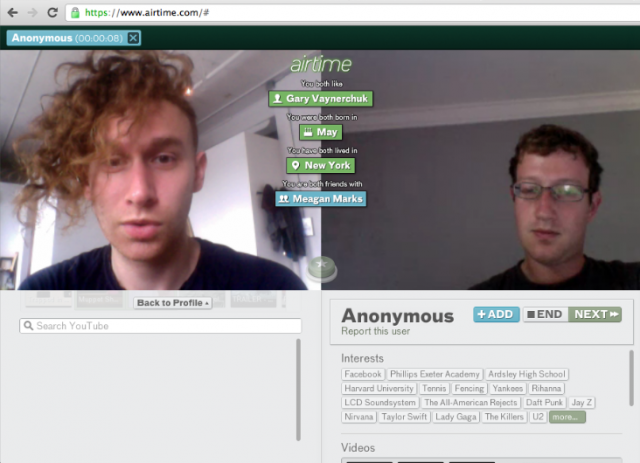 Airtime is a new video chat service by Napster founders Sean Parker and Shawn Fanning (video). Airtime users can chat with random strangers—much like Chatroulette—or connect with Facebook friends. The similarity to Chatroulette is no accident: Parker and Fanning began developing Airtime two years ago after an unsuccessful collaboration with Chatroulette founder Andrey Ternovskiy.

Friend of the Squid and Airtime early adopter Ronen V tried out the service today and ran into Facebook founder Mark Zuckerberg (as seen in the screen grab above).

The New York Times Bits Blog, Betabeat and The Next Web have more coverage of the launch of Airtime, including a video by The Next Web where Sean Parker and Shawn Fanning talk about how they met and what led to Airtime.