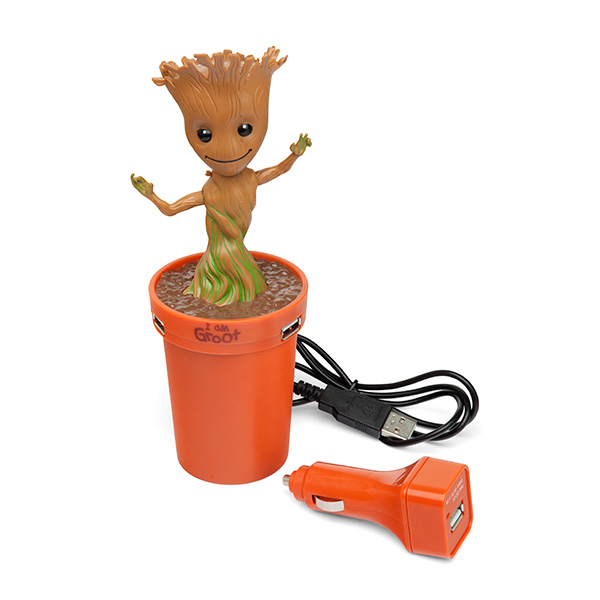 ThinkGeek has created an officially licensed Guardians of the Galaxy themed Baby Groot USB Car Charger that allows the miniature superhero to dance while keeping your phone powered up while on the go.

For a character who says the same three words, exclusively, in the same order, for an entire movie, it’s hard to imagine being as upset as we were when he switched up JUST ONE of them and sacrificed himself for the rest of the team. It was heartwrenching. But the scene that came in the credits made it all worth it. Cute lil’ mini Groot dancing around to a classic song? Sold. We’ll take ten.

Have your phone charge to the cutest little floral colossus this side of the galaxy. The Marvel Groot USB Car Charger features the little guy in his tiny pot dancing around while he charges your phone or any other compatible device. Groot will stay nice and safe inside your cup holder, so, luckily, he won’t need to make the ultimate sacrifice just so your phone doesn’t die. 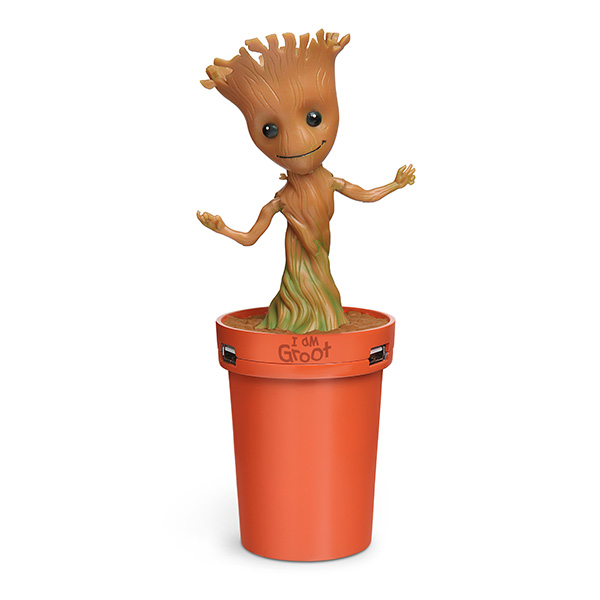 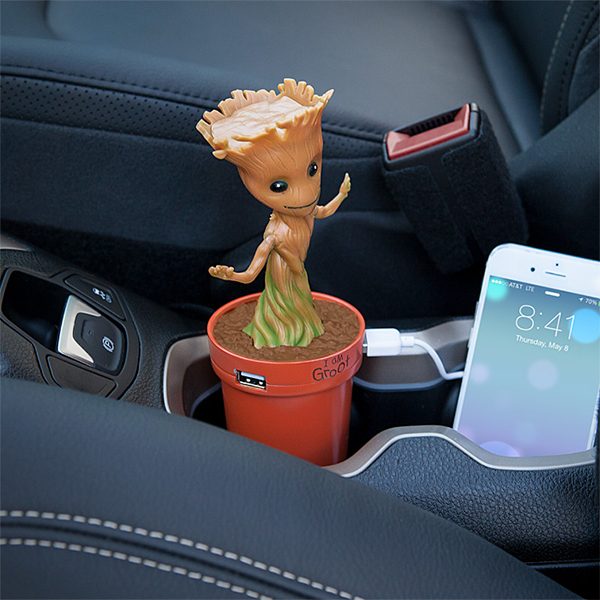 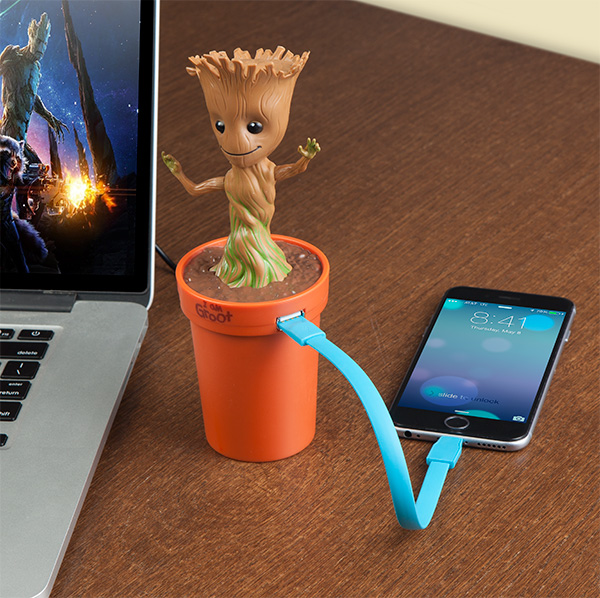