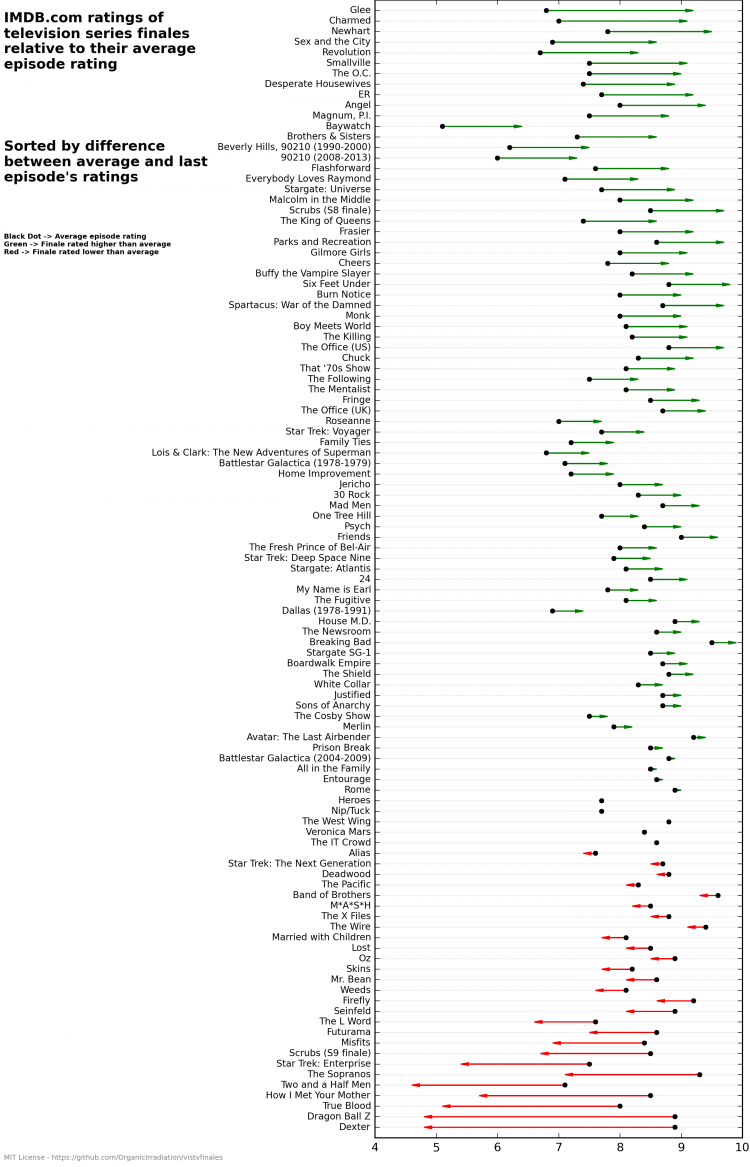 A systematic ranking of the most loved and reviled television series finales created by redditor ChallengeResponse shows where various series finales stand. To make their rankings, they pulled data from the Internet Movie Database to see how the finale episode of a show rated in comparison to that show’s average rating. According to this metric, Glee had the most loved series finale, while Dexter came in last for the shows included in the study.

ChallengeResponse also showed how the chart changed using different metrics, such as ordering it by just the final episode ratings itself, or just the rating of the show as a whole. 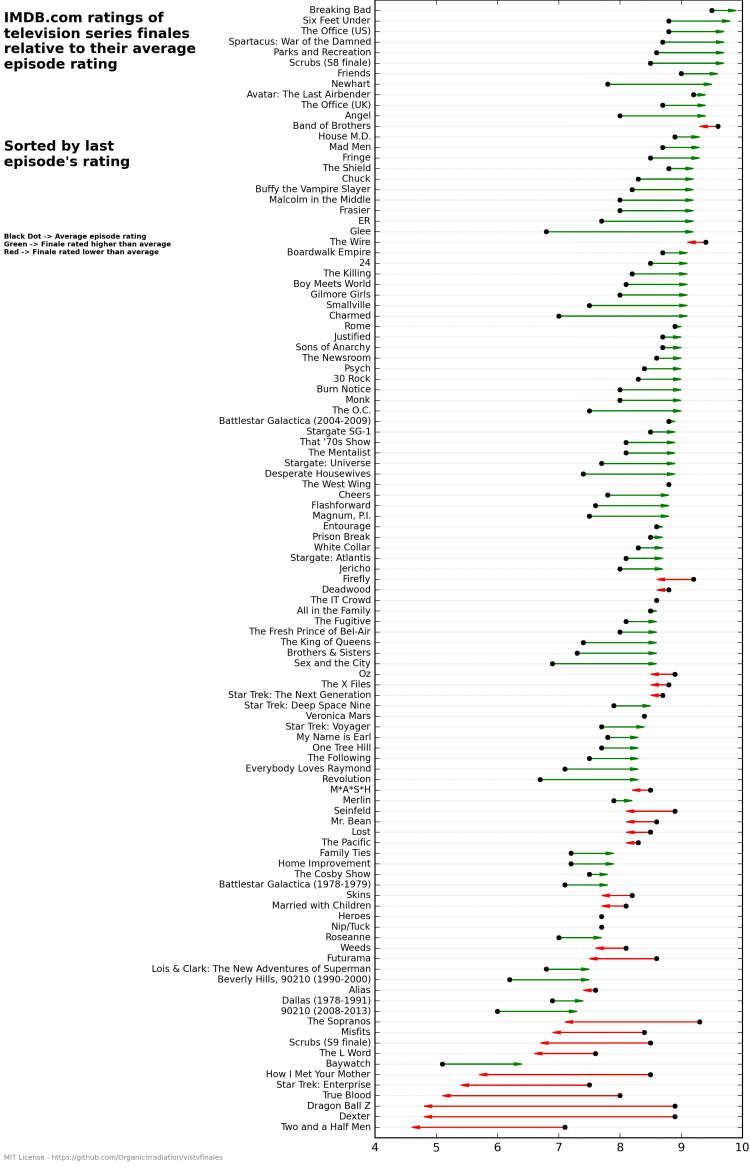