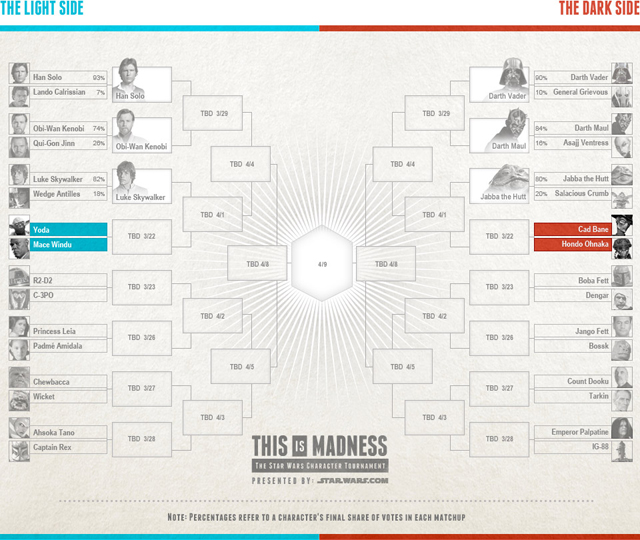 Star Wars has started an online character tournament between the evil Dark Side and honorable Light Side called, “This is Madness.” You can vote on two new battles every day while keeping up on bracketed results. The tournament started on Monday, March 18, 2013 and will end on Tuesday, April 9, 2013. Check the final results on April 9th to see who the true champion of the Star Wars universe really is! This is like an epic sci-fi version of March Madness.