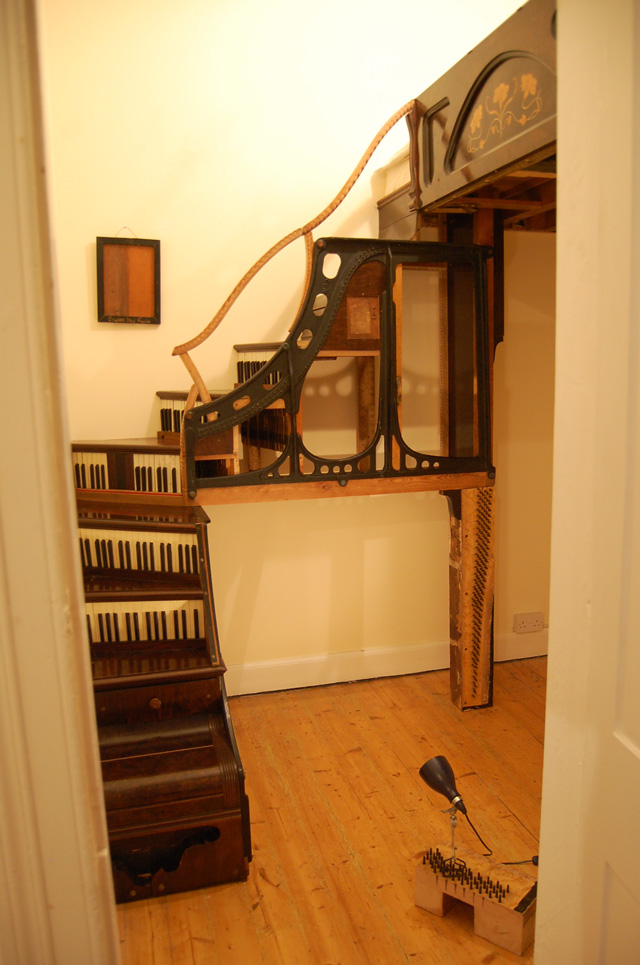 Back in 2012 UK-based artist Tim Vincent-Smith converted two retired upright pianos into a custom staircase and loft bed. To build the structure, Vincent-Smith had to carefully disassemble the pianos in a process he likened to butchery:

Dismembering them put me in mind of the French restaurant where they kill a cow on the weekend and prepare every part for food. Nose to tail carpentry. The noises that came out of the carcass – as one by one the strings were cut, as the age-jammed creaking screws were forced loose with brace and bit, as the hide-glue joins were split with a wooden club and meat cleaver – composed the most extraordinary swan song. As with good butchery, great care is taken to preserve the best cuts and though to the faint hearted observer the scene is perhaps macabre, to the butcher it is an honour to pay homage to the life that has passed in this way