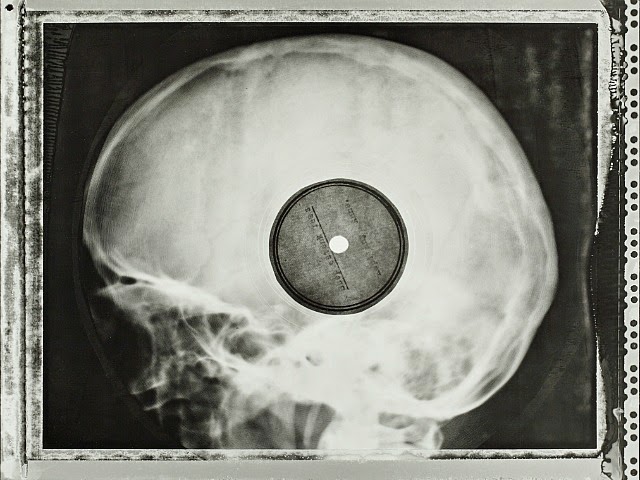 With vinyl scare and various western music genres like rock and roll and jazz banned in 1950s Soviet Russia, enterprising music fans would create records using X-ray film discarded by doctors and hospitals. The records were cut with scissors — often unevenly — with a cigarette hole burned through the middle of the platter and the music itself pressed onto the film using a special recording device. The result is a “multimedia” record that, when held up to light, reveals the skeletal structure left over from the film’s original use. 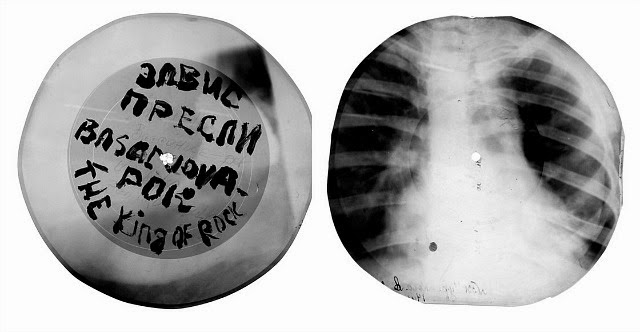 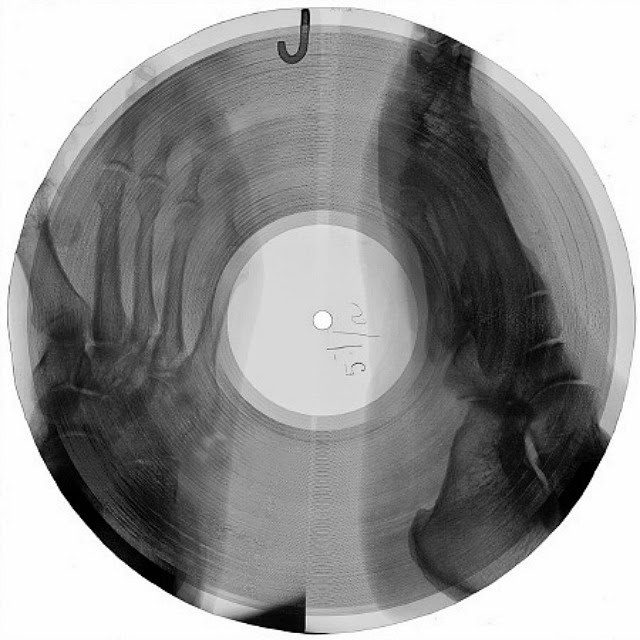 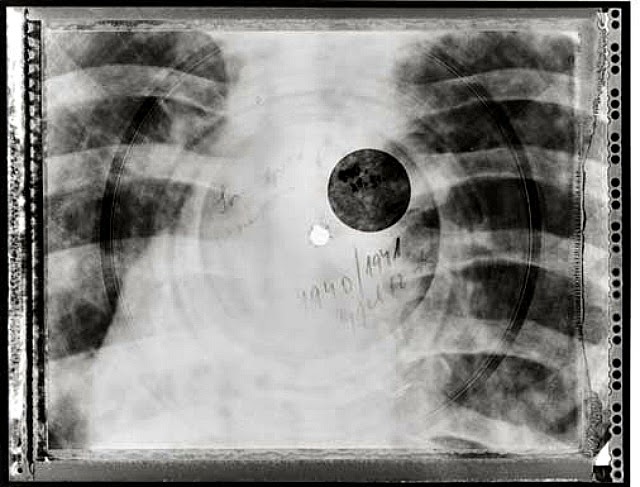 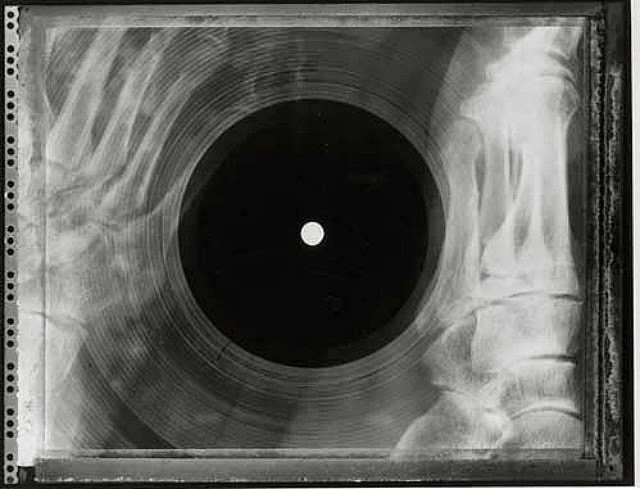