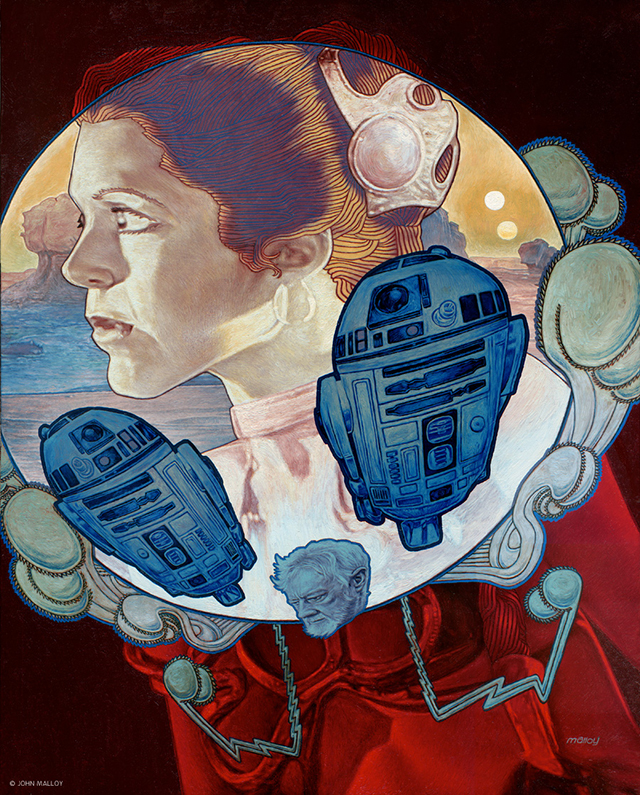 “Love Will Tear Us Apart” by John Malloy

A Saga in the Stars: A Tribute to a Galaxy Far, Far Away is an upcoming group art show at Gallery Nucleus in Alhambra, California featuring artwork that celebrates the Star Wars films. The show’s opening reception will take place on Saturday, May 4, 2013 from 7 PM – 11 PM and run until Sunday, May 26, 2013.

The Force is strong with Nucleus as we present one of our biggest tribute exhibitions yet in honor of one of the largest franchises in entertainment history. Star Wars first took the world by storm in 1977 with its modern special effects and spellbinding costumes and set designs. More than 3 decades later, the saga remains close to the hearts of Star Wars devotees, while captivating an entirely new generation of fans.

Nucleus welcomes a diverse group of talent to celebrate their favorite Star Wars characters and moments. Join us as our gallery is transformed into a galaxy far, far away with a collection of original works inspired by this saga in the stars. 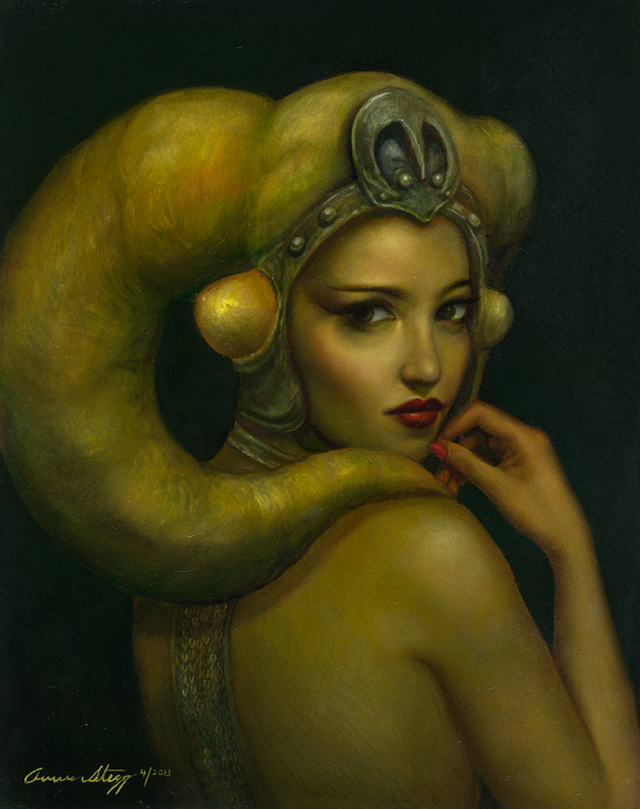 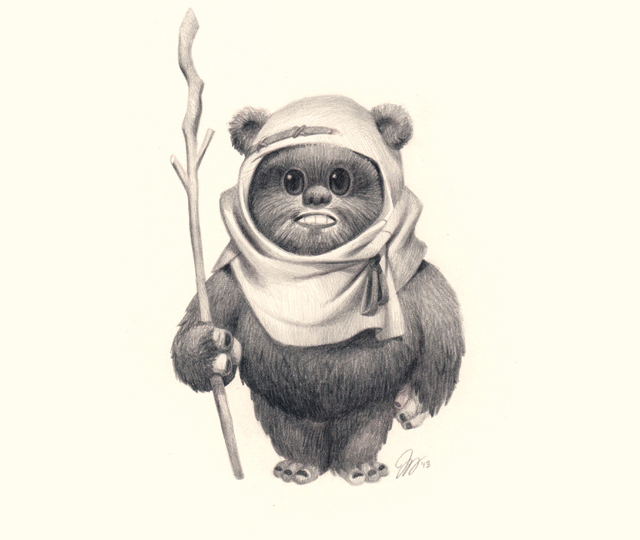 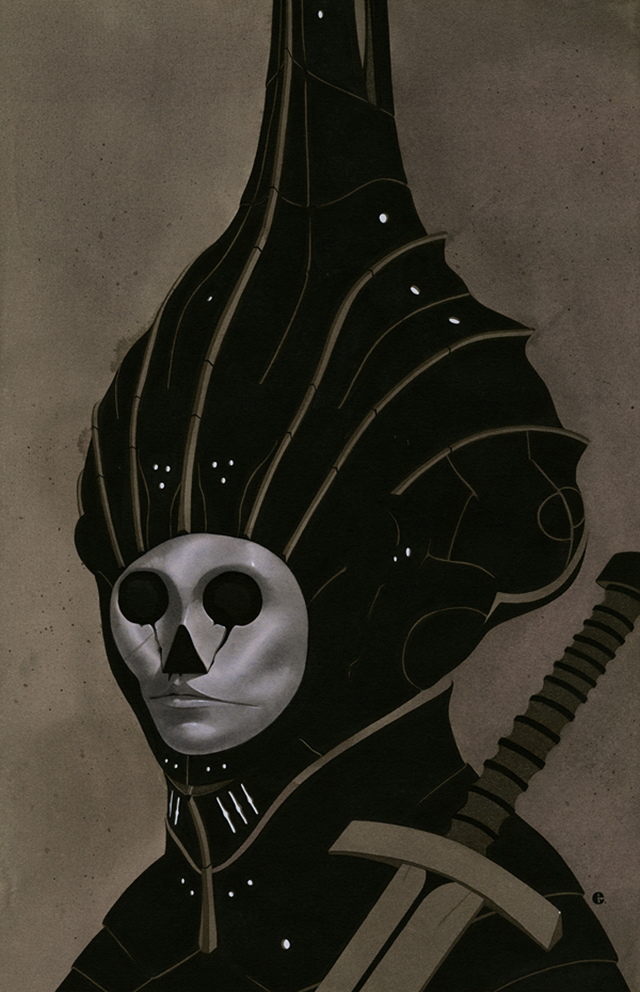 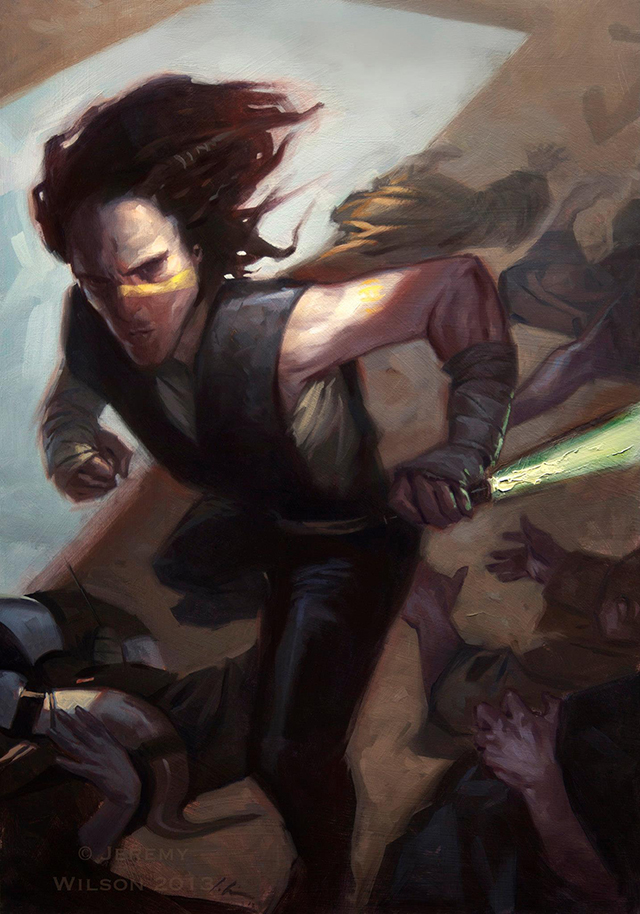 “The Line” by Jeremy Wilson

“The Evolution of Luke Skywalker” by Jeff Victor 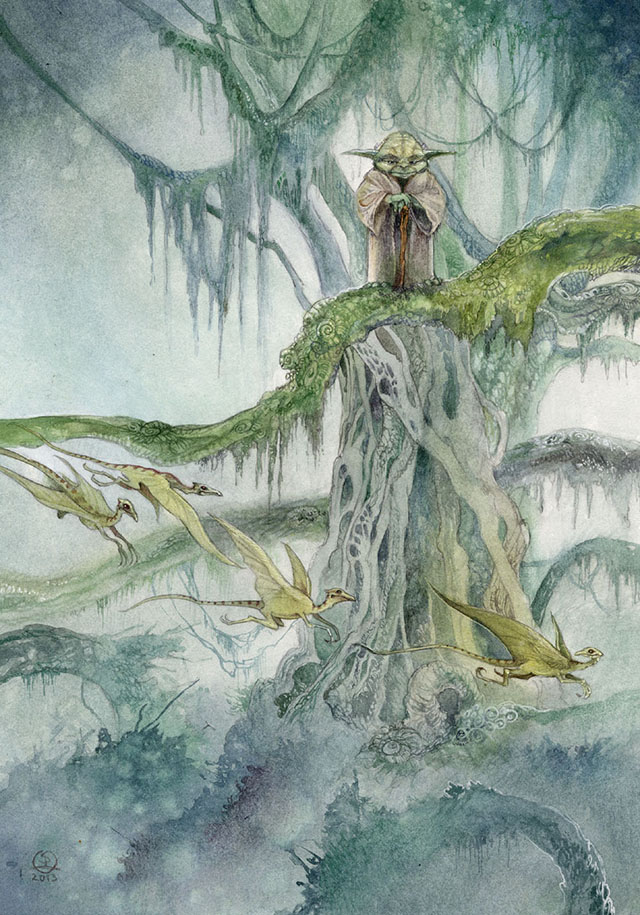 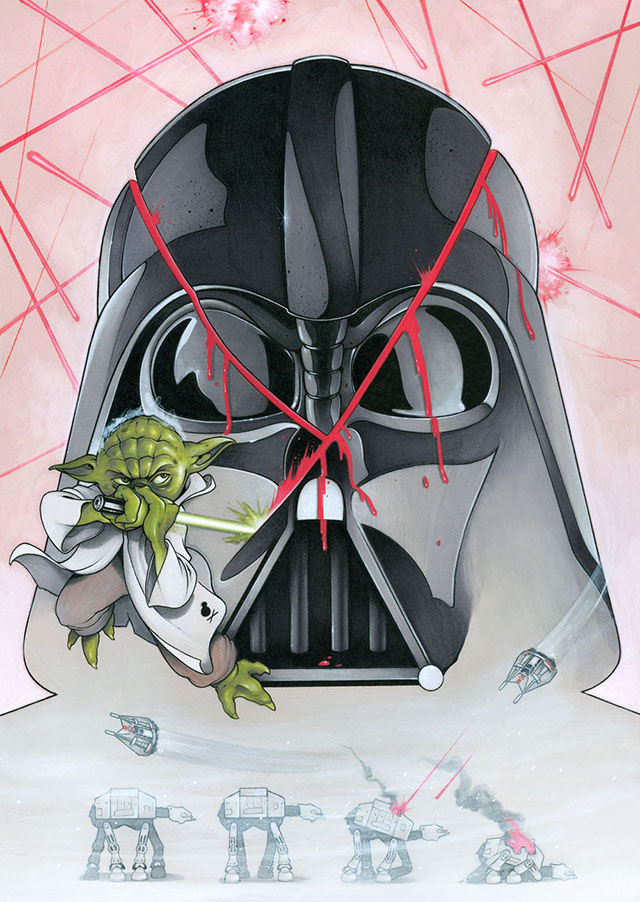 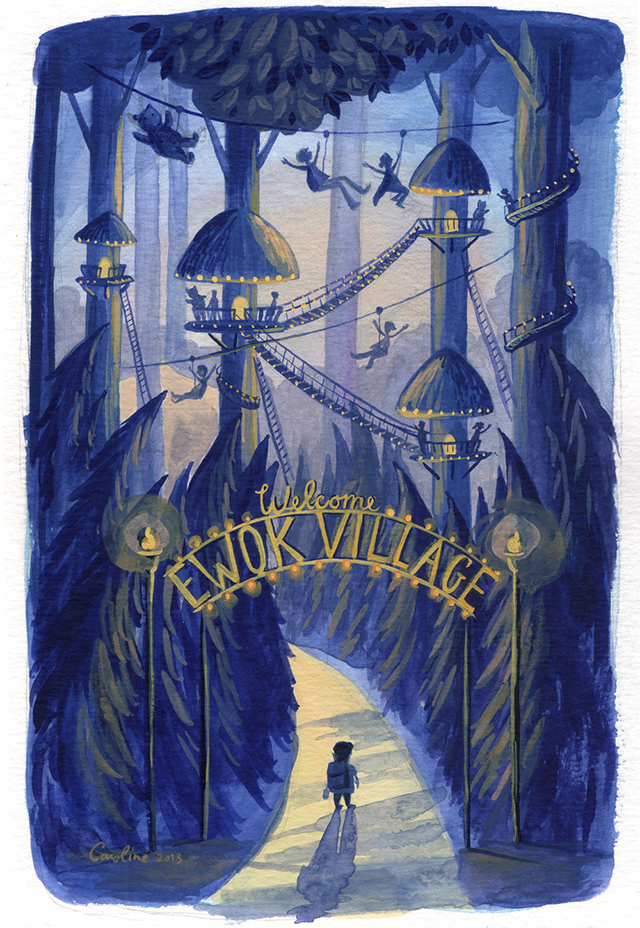 “Welcome to the Ewok Village” by Caroline Hadilaksono