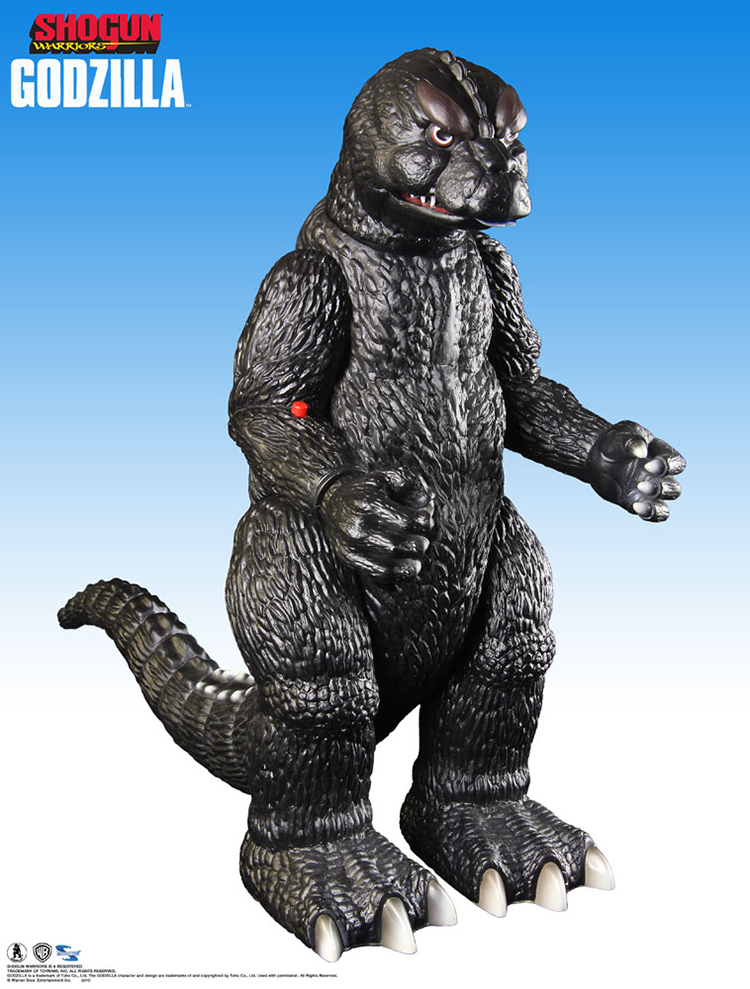 The Toynami toy company has released a retro Shogun Warriors Godzilla action figure made to replicate the original giant toy licensed by Mattel during the late 1970s. The angry-looking figure stands approximately 19″ tall and features rolling wheels under its feet, a flicking tongue, and a right fist that shoots off toward Godzilla’s enemies. It is available to purchase online from the BigBadToyStore. 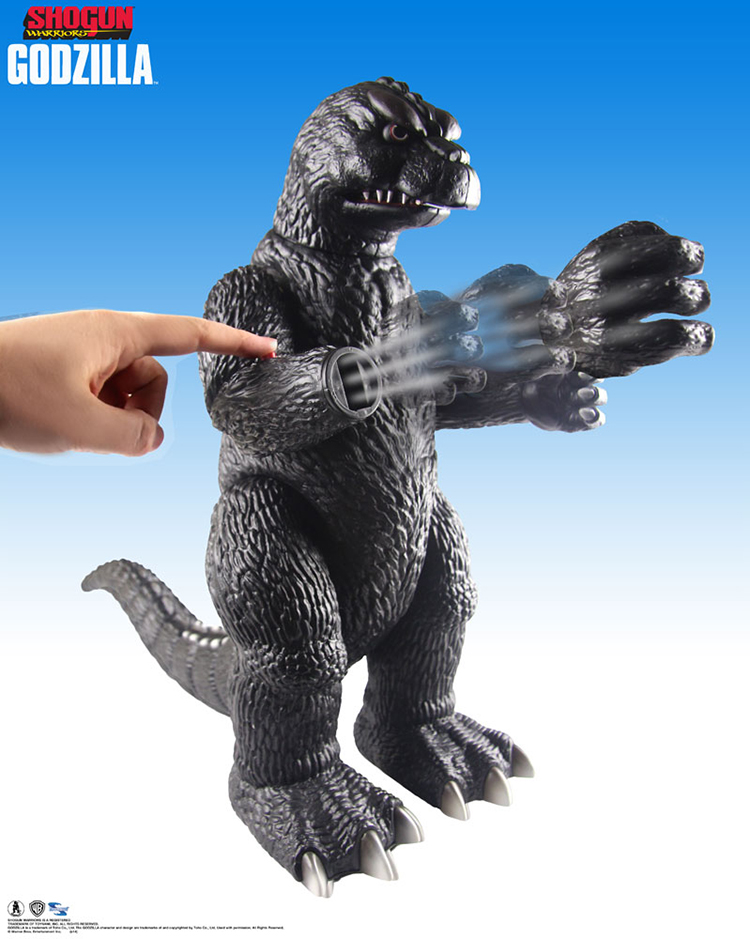 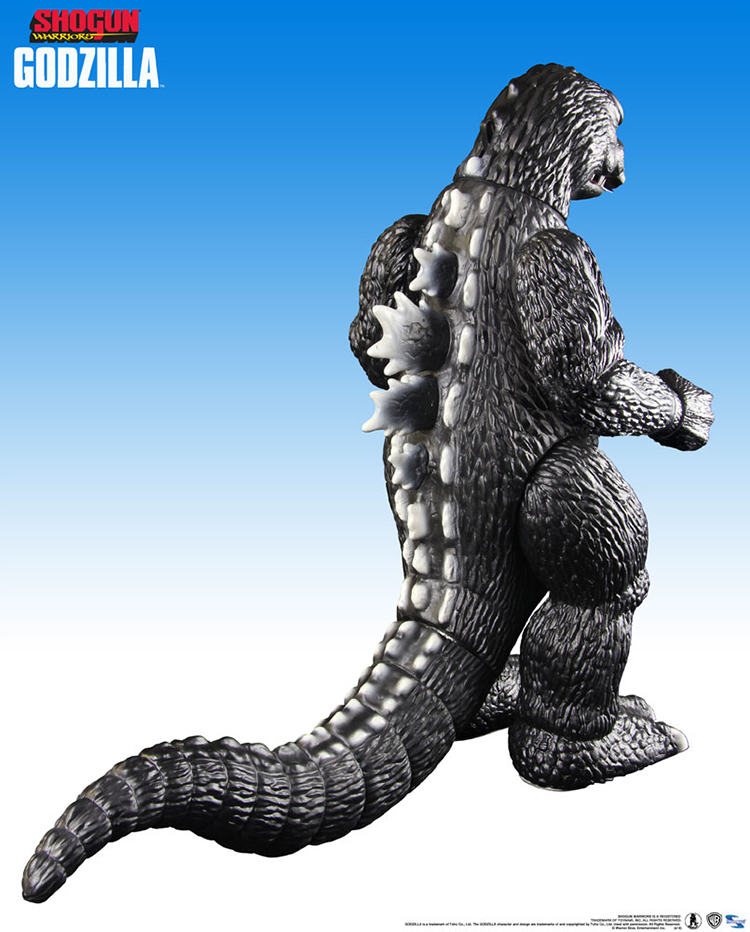 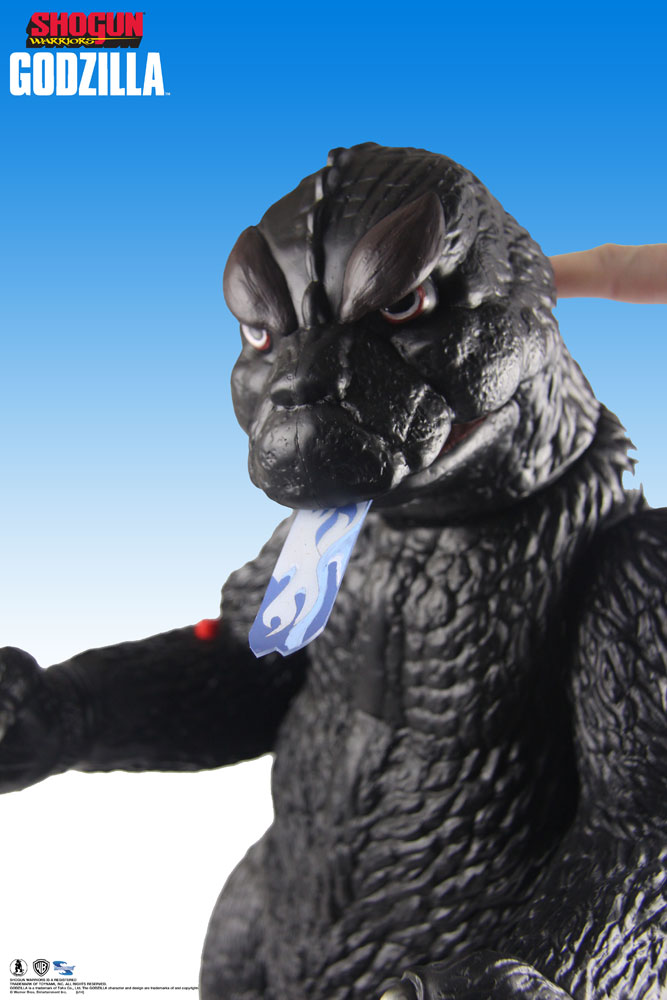