This is a great video that shows a transitioning ‘picture of a picture’ which would be cool on its own, without any explanation. In this case however, the story behind it makes even better. It all started out as a joke.

Here’s how this ‘picture of a picture’ video happened:

A couple of weeks ago, Washington, D.C.-based graphic designer Paul Weber noticed a funny photo on Matt Hodges‘ (an Ohio-based friend) Facebook page which showed him giving the thumbs up next to a monitor, which showed a picture of a woman. 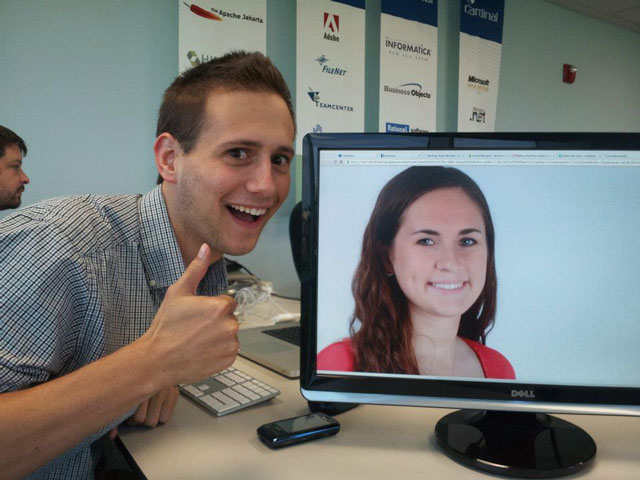 Before he was able to ‘like’ the photo, it had been taken down by Hodges who reported, “Mal is pissed.” Ten minutes later, a new image showed up showing his roommate and a co-worker posing next to a monitor, with the same image of Hodges and the woman, Mal. 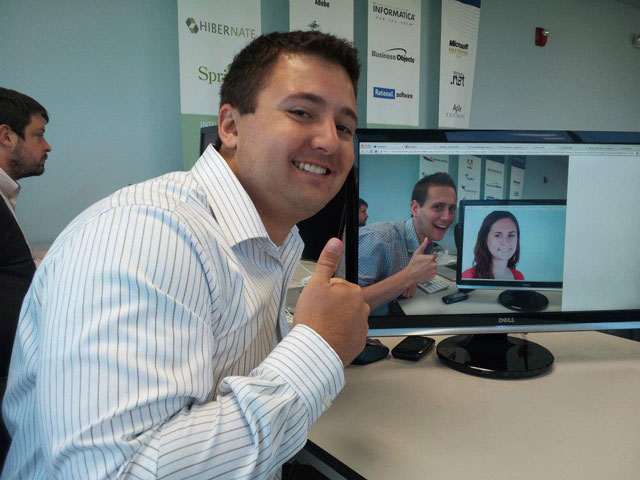 Weber explains what happened next on his blog:

I thought this was so funny that I had to get in the act from all the way in Washington DC. A few more of his co-workers, and a few more of mine later, and we had tapped out our co-worker resources. We posted this awesome image thread to facebook, and after tapping out our friend resources on facebook, we knew where we had to go with this epic troll. Reddit. A place filled with fun loving people that were equally willing to procrastinate on a lazy friday after lunch.

Less than 24 hours later, we had 55 pictures in the series and 1.8 million imgur views.

We brought this series back to Mal, and her original reaction changed to thinking it was worth it for the laughs, and finished out the series with her last post. 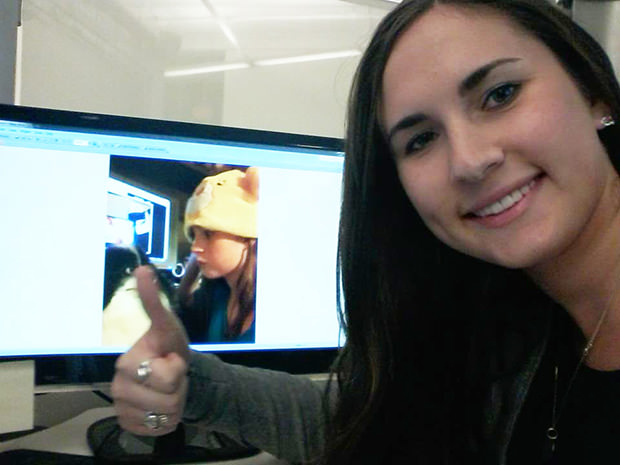 And that is when this epic video was made of all the ‘pictures of a pictures’.

Here’s the album of all the images: