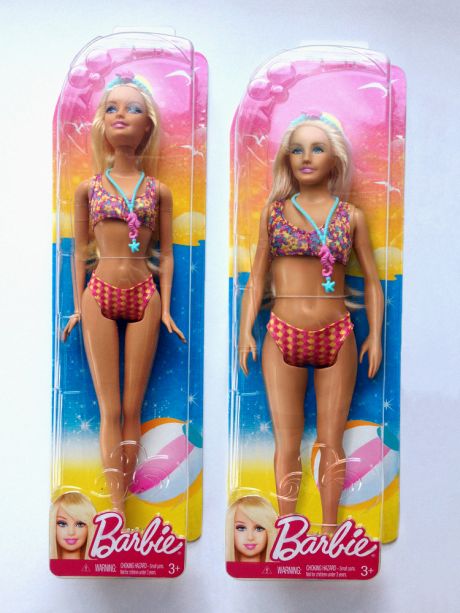 Researcher and artist Nickolay Lamm used body measurements of the average 19-year-old American woman to digitally create a 3D model of realistically proportioned Barbie doll. Lamm told the Huffington Post, “If we criticize skinny models, we should at least be open to the possibility that Barbie may negatively influence young girls as well,” and “Furthermore, a realistically proportioned Barbie actually looks pretty good.” He concluded: “If there’s even a small chance of Barbie in its present form negatively influencing girls, and if Barbie looks good as an average-sized woman in America, what’s stopping Mattel from making one?” 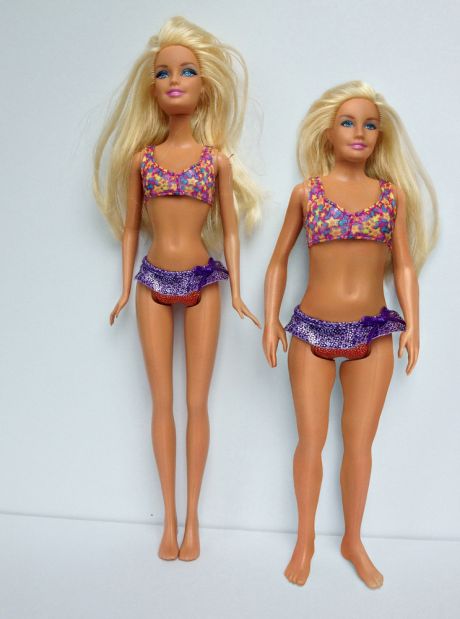