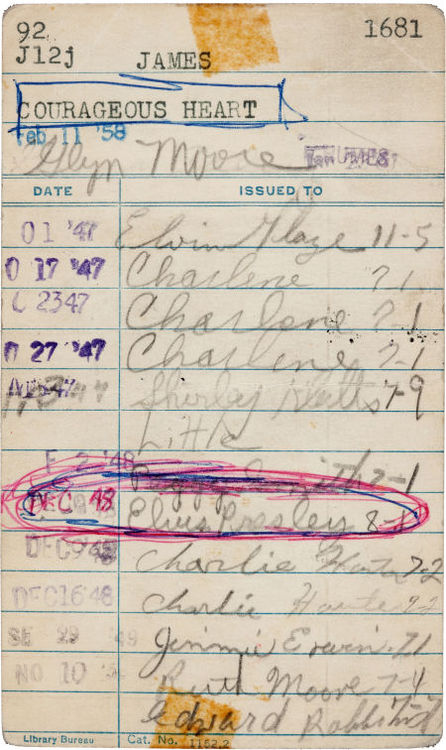 The Tumblr blog for the Chicago Public Library recently posted the earliest known signature of Elvis Presley which was found on a library check-out card signed by the 13-year-old future superstar. According to RT, it sold at 2012 auction that marked the 35th anniversary of Presley’s death for $7,500.

The auctioneers did not expect much from the library card signed to borrow a copy of “The Courageous Heart: A Life of Andrew Jackson for Young Readers” from Humes High School in Memphis in 1948.

The card was discovered during a library inventory in the book about US President Andrew Jackson, one of the founders of the Democratic Party. The book was sold at auction along with the autograph.