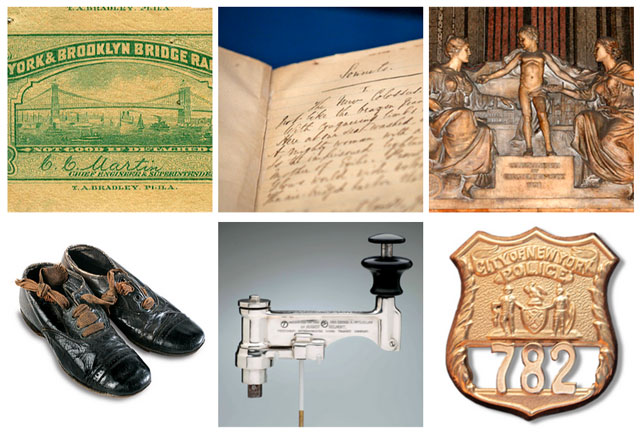 The New York Times distills the history of New York City into 50 objects in this fascinating interactive feature by Sam Roberts. The objects span the city’s prehistory (mastodon tusk, 11,000 BC) to the colonial period (English-Dutch dictionary, 1730), to the modern era (MetroCard, 1994). The feature is inspired by the BBC radio show, “A History of the World in 100 Objects.”