A video by KPNX News 12 viewer Diego Ramirez shows a giant inflatable pumpkin that broke free of its moorings and rolled through the streets of Peoria, Arizona on October 29, 2015. The 25-foot-tall, 350-pound jack-o’-lantern tore free because of strong winds and damaged some street lights, but thankfully there were no injuries reported. The pumpkin was eventually recovered by its owners at Big AZ Tents. 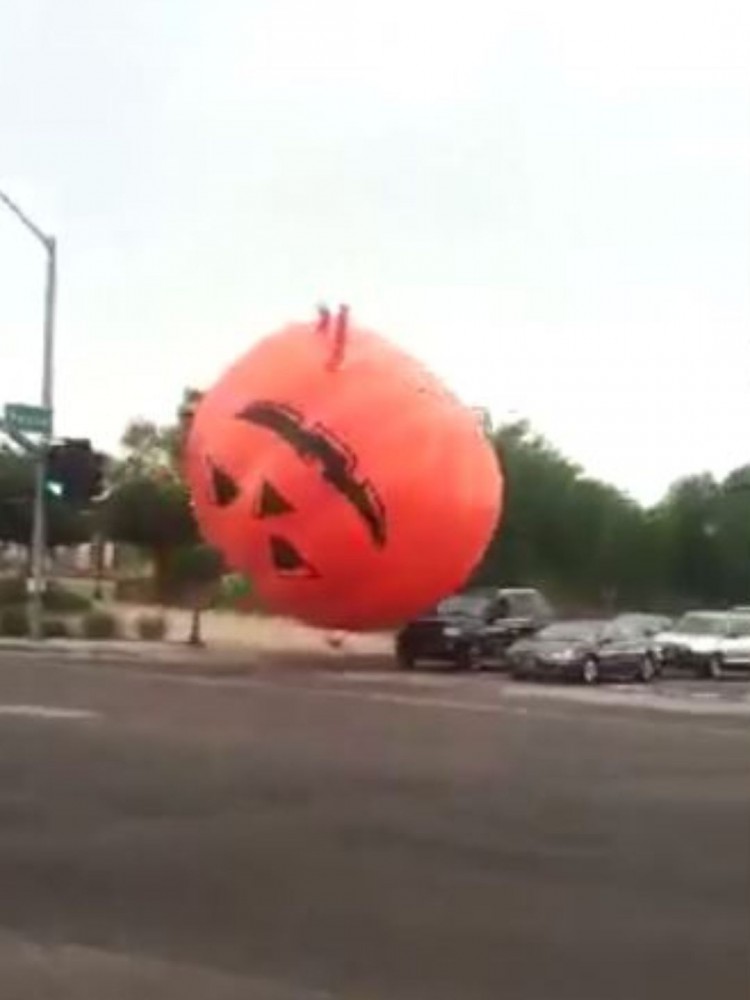 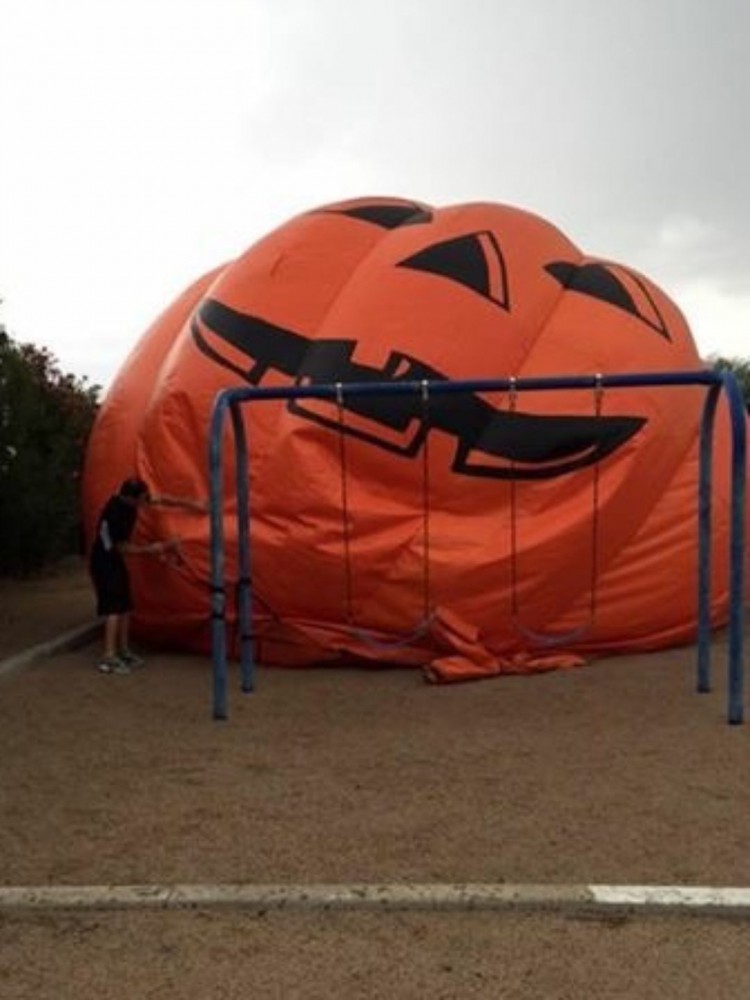 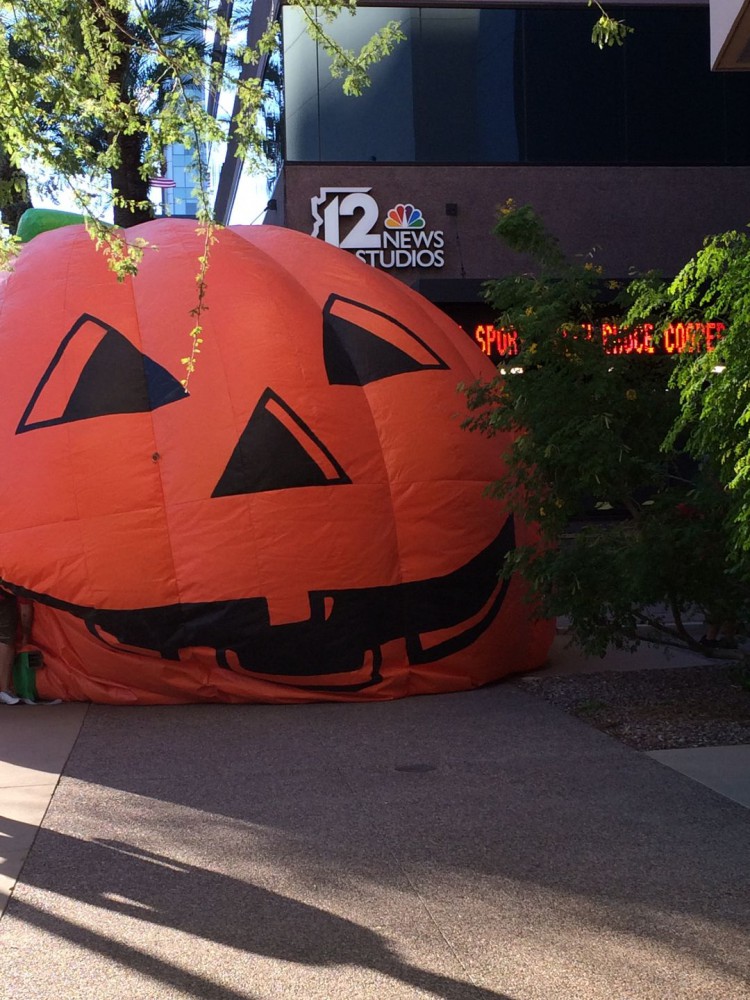