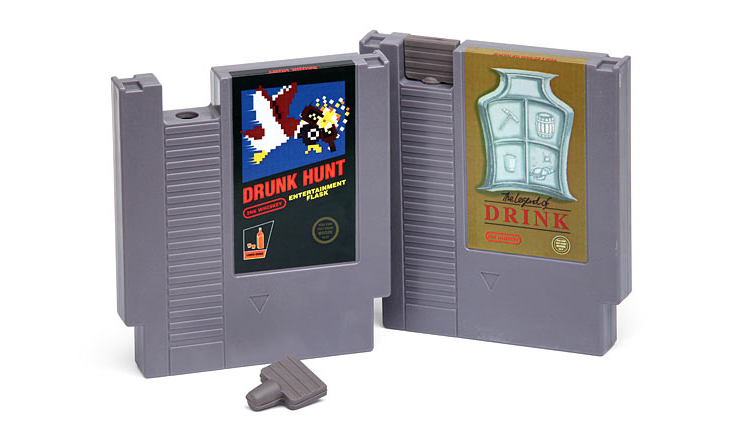 Ink Whiskey founder Matt Cornell and his team released a series of Gaming Cartridge Flasks back in 2013, after surpassing their Kickstarter goal. The concealable collection of whiskey flasks are all made from classic Nintendo video game cartridges.

Instead of blowing on this cartridge, you’re going to suck on it. That’s because it’s secretly a flask! With a rubber stopper to keep things in place, these flasks look just like NES cartridges and each hold 6 oz. of your favorite beverage (not included). Choose Drunk Hunt or The Legend of Drink; Fine Ale Fantasy coming soon. 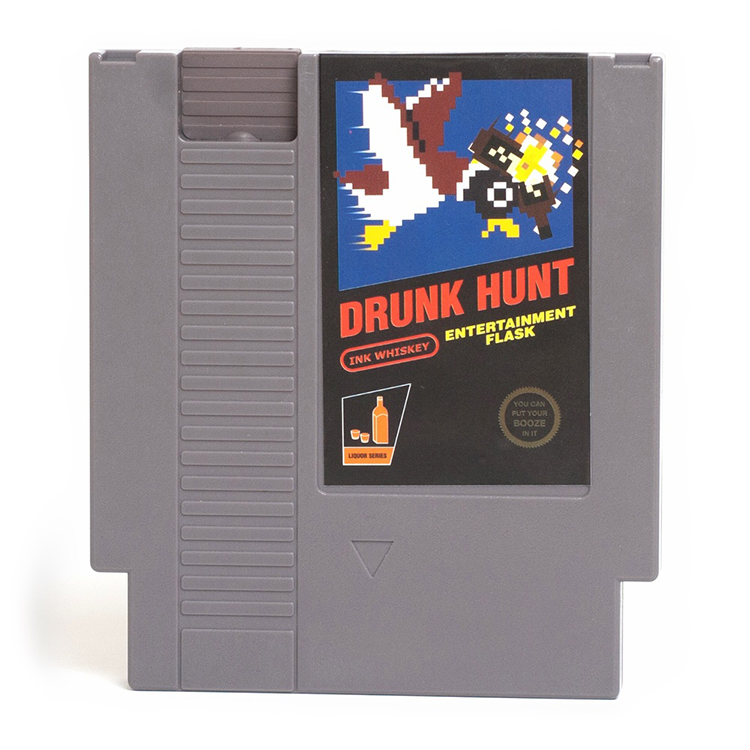 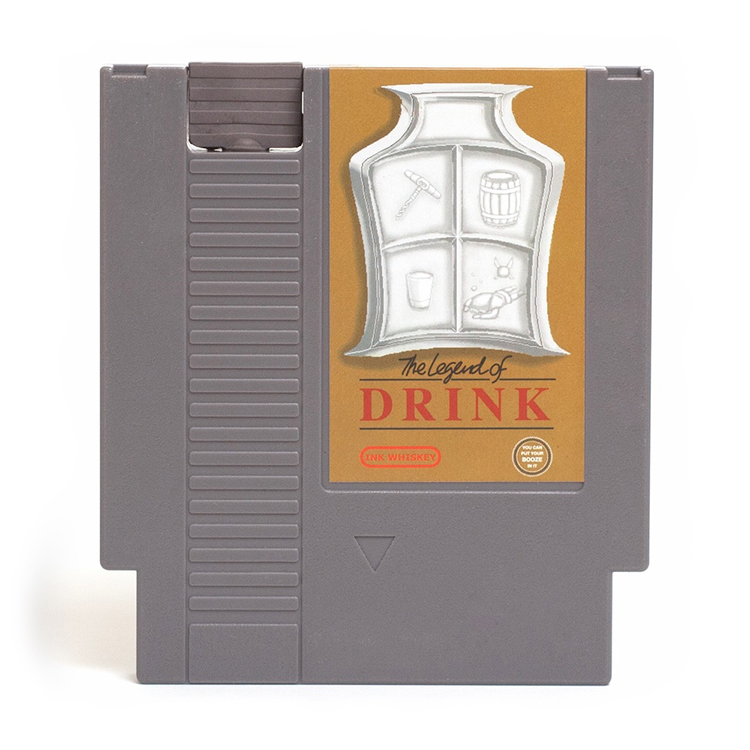 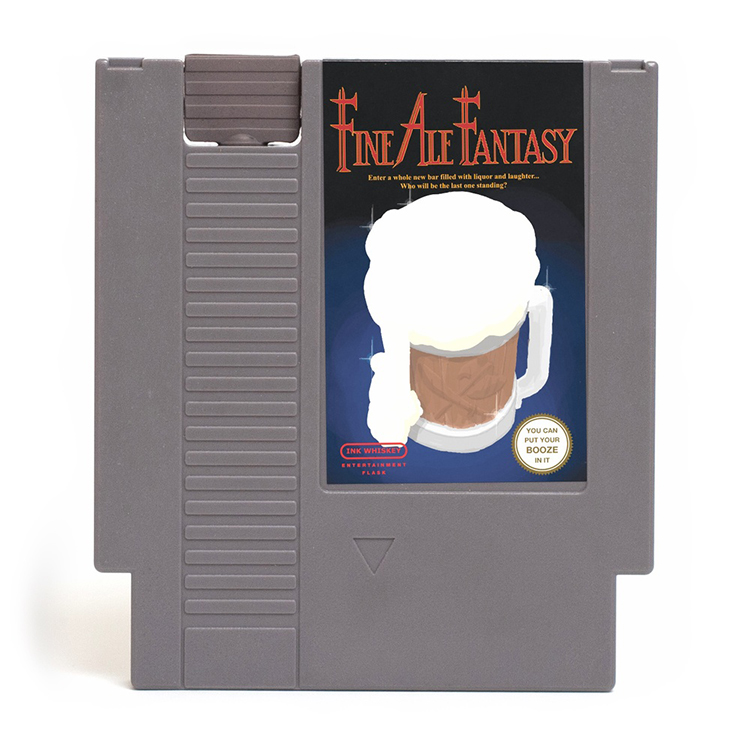