Through the eyes and experiences of farmers and baristas, the film offers a unique overview of all the elements—the processes, preferences and preparations; traditions old and new—that come together to create the best cups. This is a film that bridges gaps both intellectual and geographical, evoking flavor and pleasure, and providing both as well. 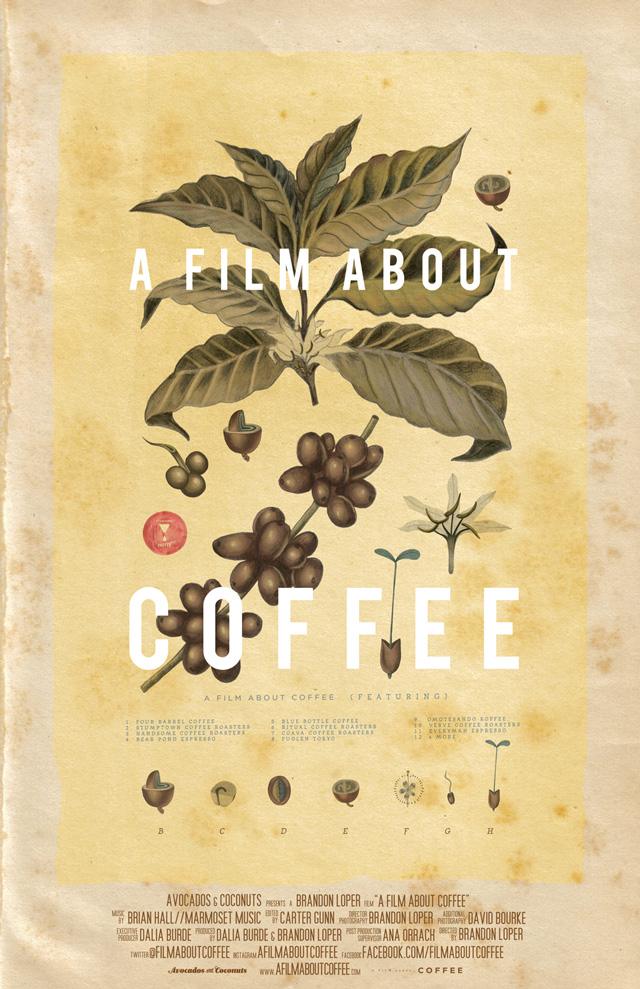 image via A Film About Coffee