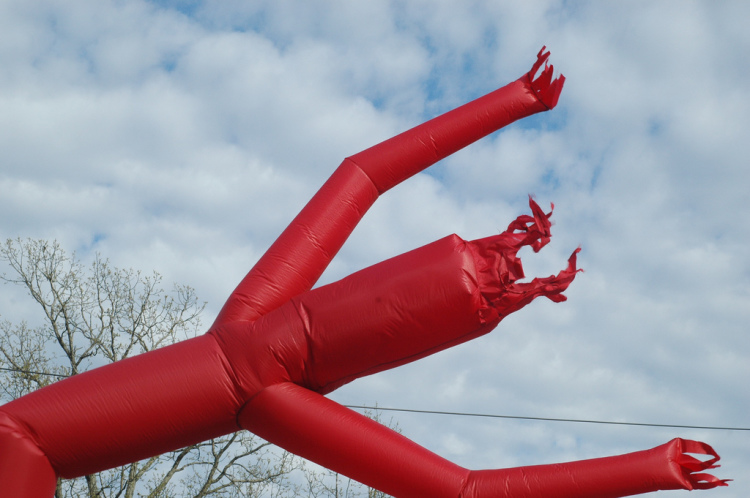 A recent episode of the radio show and podcast 99% Invisible gives a fascinating history of the inflatable dancing tube men commonly used as attention-getting advertisements. The figures have their origins in Caribbean art and the work of artist Peter Minshall. Minshall worked with artist Doron Gazit on the design and they debuted the inflatable tube men during the opening ceremony of the 1996 Summer Olympics in Atlanta, Georgia. Gazit later patented the design and licenses it to companies like Look Our Way. Modified versions of the inflatable tube men called Air Rangers are even marketed as highly effective scarecrows to protect crops.